Could Terrorists Pick America's Next President? 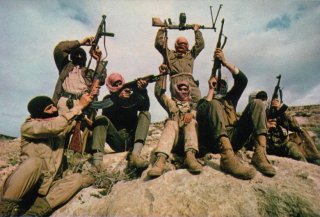 The Obama Administration has done a good job of keeping foreign terrorists out of America.  The violence perpetrated within U.S. borders during the Obama years by groups like the Islamic State and Al Qaeda has been quite minimal -- especially when compared with Europe and the Middle East.

However, the Obama Administration has not managed to prevent terrorists from invading the American psyche.  Largely because of the way Americans now get their news -- through social media, cable, and other non-print outlets -- every terrorist act has an exaggerated impact on how voters perceive the risks in their lives.  This could have profound implications for the way voters go about electing the nation's next president in November.

The reality of terrorist violence is that it poses almost no threat to average Americans.  The New York Times reported on July 1 that over the last two years, the Islamic State has killed about 1,200 people in terrorist attacks outside Syria and Iraq.  That number includes the mass shootings is San Bernardino and Orlando, which were perpetrated by self-professed sympathizers rather than actual operatives of the Islamic State.

Based on data from the Centers for Disease Control, about 1,600 Americans have died during the same two-year period as a result of falling out of bed.  Over half a million have died from smoking-related maladies, and roughly 200,000 from alcohol-related infirmities.  But these are not the fatalities on which cable news and social media focus.  If you want ratings or page-views, terrorism is the story that really draws eyeballs.

So that is what the public gets from even the most respected outlets, like CNN.  Every mass attack is covered continuously for days, starting with gross inaccuracies as the news is breaking and then transitioning to rampant speculation about what comes next.  The end result is that many people are terrorized, just as Islamic State leaders want.  There is no mechanism for preventing electronic media from amplifying every violent act that extremists carry out.

This is not an entirely new phenomenon.  Millions of listeners were scared by Orson Wells' 1938 radio drama that described an alien invasion as if it were breaking news.  Radio was a relatively new medium at the time, and the audience tended to believe what it heard.  We see the same thing with new media today, even though content is often wildly exaggerated to attract the biggest audience possible.

So what happens in a tight presidential election when, shortly before ballots are cast, there is a big terrorist attack that draws the usual coverage from electronic media?  The answer is that enough voters may be swayed to determine who the next president is.  And the logic works both ways -- if terrorist elect not to attack, even though they could, that too might shape the vote sufficiently to determine who wins.

In other words, the seeming inability of voters and the media to put the terrorist threat in an appropriate context -- as one threat among many, a threat we have proven can be managed -- has the perverse effect of conferring on organizations like the Islamic State the power to pick America's next president.

Such influence might not exist if one candidate or party was way ahead in the polls. but that's not where we find ourselves in the current election season.  Donald Trump and Hillary Clinton are only a few percentage points apart in national polls.  Clinton tends to lead in key battleground states crucial to the electoral-college tally, but there isn't a single swing state where she is ahead by more than 4% according to RealClearPolitics polling averages.  So it wouldn't take much to put one or the other candidate in a decisive lead.

Further evidence that the electorate is up for grabs can be gleaned from recent Gallup surveys of voter identification.  At the moment 29% of voters identify as Democrats and 26% identify as Republicans, while for the fifth consecutive year over 40% of voters identify as independent.  Most of these independents on close examination turn out to lean toward one party or the other, but the simple truth is that party loyalty is at a low ebb.  There isn't much to prevent large numbers of voters from being stampeded by a sensational terror attack.

And then there are the candidates, who are setting records for high negative ratings with voters.  2016 is the first year in the history of presidential polling that both major-party candidates are being rated negatively by a majority of voters.  So just as there isn't much loyalty evident for the parties, there is little love for the putative nominees.  Vast numbers of voters are detached from the affiliations that once drove electoral outcomes, and thus susceptible to influence by breaking news.

Against that backdrop, there is a real possibility that a major terrorist attack on the eve of national elections could decide which candidate wins a majority of votes.  Fear is a powerful motivator, and if candidates are running neck-and-neck, mass violence could influence how many voters cast their ballots.  On the other hand, if the Islamic State and its ilk decide they don't want a hardliner in the White House, then holding off on major attacks might favor the candidate less inclined to deal with terrorism decisively.

Either way, it seems 2016 is one year when America's enemies really will get a vote on how the future unfolds.