Could Ukraine's T-84 Tank Take on the World's Best in a Fight? 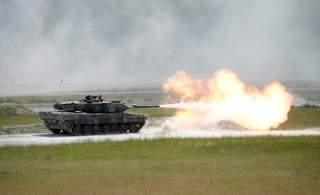