Creating Synergy: An Agenda for Turnbull’s Visit to Jakarta 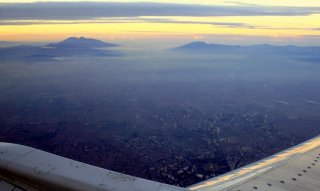 Tomorrow Australia’s Prime Minister Malcolm Turnbull will sit down with Indonesia’s President Joko Widodo (Jokowi) for some valuable face time. Just over a year into his presidency, Jokowi has already had some experience dealing with Australian foreign policy challenges, having responded to both the boat turn-back policy of the Abbott government and rockier diplomatic ties surrounding the execution of two Australian prisoners in Bali in April.

This meeting is a chance for the countries to start afresh and, with economics and trade set to be on the agenda, there should be plenty to discuss given Turnbull’s and Jokowi’s respective business backgrounds. But should the leaders’ first meeting be so straightforward?

More than merely a meet-and-greet, this Jakarta visit could potentially set the tone for Australia–Indonesia relations for the foreseeable future. Despite their business backgrounds, the two heads of government should see to rise above transactional diplomacy. We face a world of shared challenges, from terrorist networks to environmental concerns, so it’s never too early to start deepening cooperation and discussing shared responsibility.

Jokowi’s global maritime axis vision is likely to remain a dominant feature of his foreign and domestic policy and this is a good chance for Turnbull to develop a firsthand understanding of Jokowi’s intentions. In essence, the vision involves reinvigorating Indonesia’s character as a maritime nation, building up its maritime defences, optimising oceanic resources, and seriously upgrading its ports and related infrastructure to help boost the economy (PDF).

Of course, most foreign investment will come from major players like Japan, China and the US. However, there are other challenges that could hamper the realisation of Jokowi’s maritime vision and it’s in these areas where Australia can offer targeted cooperation. Those include defence capability and acquisition, maritime research and conservation, policy development and interagency coordination, and anti-corruption efforts. With Jokowi’s term set to last another four years, it’s a good time for the Turnbull administration to establish a solid working relationship in areas that play both to our strengths and to Jokowi’s needs.

The face-to-face meeting also affords Turnbull the chance to ask Jokowi how he perceives both China’s actions in the South China Sea and the recent US freedom of navigation operation (FONOP) near Subi Reef. Australia and Indonesia are both deepening their economic and investment ties with a rising China, with Indonesia–China ties growing even closer under Jokowi and Xi. With the Royal Australian Navy and the Indonesian Navy kicking off Exercise New Horizon on Monday, Turnbull could discuss the future of South China Sea defence diplomacy with his counterpart.

It would be beneficial to discuss international order in the light of China’s land reclamation activities and what role Jokowi envisages for Indonesia as a middle power diplomatic actor. During his recent trip to the US, Jokowi revealed to a Brookings Institute audience that he wanted Indonesia to take a more active role in the South China Sea. What’s less clear is exactly what this role would entail. Thus far, unlike the previous administration, Indonesia isn’t falling over itself to engage ASEAN as a framework for regional diplomacy and in any case, the adoption of a binding Code of Conduct in the South China Sea continues to move at a glacial pace, if at all. Complicating matters further, the Chinese nine-dotted line puts Indonesia in direct conflict with China even if Indonesia doesn’t like to admit it—the line cuts through Indonesia’s UNCLOS-enshrined maritime territory. If Indonesia were to play an ‘honest broker’ role, what other regional organisations or diplomatic instruments could it rely upon, and what role could Australia play?

The growing threat of ISIS globally is undoubtedly one Australia and Indonesia should tackle together, particularly given our history of effective counterterrorism cooperation. The head of Indonesia’s national counterterrorism agency has warned that foreign fighters from Malaysia are finding safe haven in some parts of Indonesia’s archipelago. There are already a number of regional terrorist groups who have sworn allegiance to ISIS. Indonesia has responded to the domestic manifestations of this threat by, among other steps, blocking the content of radical websites and, in June, standing up a Joint Special Operations Command (JSOC) drawn from all three of the military’s special forces units.

In a positive move, Australian and Indonesian authorities will co-host the inaugural meeting of a regional counter-terrorism financing summit in Sydney later this month. However, more can be done in areas like prison reform, cyber radicalisation and anti-radicalisation programs. Strong statements from both leaders that continue to stress the shared threat posed by global extremism and the need for sustained cooperation would help signal both the importance of collaborative efforts and publicly reinforce our security partnership.

The point of a broader agenda is not to step on the toes of the Defence and Foreign Ministers; they’ll be able to build on those themes while also discussing other issues including development assistance, the growing role of Indonesia’s military in domestic security affairs, and environmental issues such as the haze and climate change.

The point is to be more businesslike than confrontational and to signal a maturing of the relationship (especially since the 2013 spying scandal) where the two leaders are comfortable discussing difficult issues. A stronger Australia–Indonesia diplomatic relationship can also form a more robust backbone around which other multilateral initiatives like joint interagency task forces or MIKTA-related diplomacy can further develop. Jakarta won’t be the only time Turnbull and Jokowi will see each other this year: this month, they’ll also meet at the G20 summit in Antalya, APEC in Manila and the East Asia Summit in Kuala Lumpur, and again at COP21 in December. Developing a rapport is part of the game so the next time we need Indonesia, Jokowi might take the PM’s call.

A joint statement on those sorts of issues probably isn’t on the cards for this trip but it might be something to consider for future gatherings. While our leaders remind us that ‘Indonesia matters to Australia, Australia matters to Indonesia’, carefully articulating areas of mutual interest that extend beyond economic and trade issues and then crafting them in the language of shared responsibility brings us closer to a working partnership. Let’s see what unfolds after the first handshake.

Natalie Sambhi is an analyst at ASPI, and managing editor of The Strategist, where this first appeared.