Dallas and the Slander Against America's Police 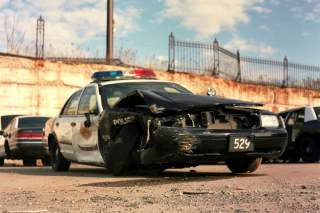 Last night, in Dallas, 11 police officers were shot by a sniper team in the heart of the city following what the media has described as a peaceful protest against police brutality. So far, five of the officers have died and seven others are hospitalized. The massacre in Dallas seems like a new front in what Heather Mac Donald has dubbed the war on cops—this time, a shooting war. A group called The Black Power Political Organization has taken credit for the assassinations on Facebook and promised more to come. It’s not clear whether these claims are legitimate.

With three years of persistent slander directed against the nation’s cops, murderous violence such as occurred on the streets of Dallas last night was all but inevitable. A similar spasm of anti-cop rhetoric around Christmas 2014 resulted in the killing of two NYPD officers as they sat in their patrol car on a Brooklyn street. The anti-cop rhetoric of the Black Lives Matter movement, of course, hasn’t developed in a vacuum. Widely circulated videos of black men being killed by cops have turned up the heat, and BLM has delighted in fanning the flames. Many of our elected leaders have joined in, all but accusing the nation’s police of preying on people of color. Obama himself weighed in this week, as he so often does, before all the facts on these deadly incidents have come in. “[T]hese fatal shootings are not isolated incidents,” he said. “They are symptomatic of the broader challenges within our criminal justice system, the racial disparities that appear across the system year after year, and the resulting lack of trust that exists between law enforcement and too many of the communities they serve.” As has often been the case during his presidency, Obama’s measured and reasonable tone obscures his radical claims—the cops are racist, and everybody knows it.

In fact, these are isolated incidents—each with its own unique circumstances. In many of these cases, the outcome could have been different, but for a combination of confusion, panic, and poor judgment. Sometimes it’s the cops making the key mistakes; sometimes it’s the victims; sometimes it’s both. The cop who shot Philando Castile during a traffic stop outside St. Paul, Minnesota, this week appears to have made a terrible mistake. He killed a man who likely committed no serious crime. Two days earlier, in Baton Rouge, Louisiana, 37-year-old Alton Sterling was shot by a pair of cops while pinned to the ground, but still apparently resisting arrest. Two videos from different angles show an ugly scene. Did the officers make a mistake? They were responding to a report from a 911 caller of a man brandishing a gun. Maybe if they waited longer before firing their weapons, it would have ended peacefully—like hundreds of thousands of daily police interactions around the country—or maybe waiting would have gotten them both killed. They made a split-second decision that to millions watching on YouTube looks like the wrong one. At least, it does today.

Ordinary, law-abiding people should be allowed to foul up, most of us agree. This is a free country, not a totalitarian police state. No one “deserves to die” while riding in a car with a legal gun, just as no one deserves to die for selling CDs in a parking lot or peddling loose cigarettes. But on Staten Island, where Eric Garner died during a confrontation with the NYPD in July 2014, what turned the encounter from a routine arrest into a tragedy was Garner’s failure to heed police commands. He was ordered to comply and he refused. He told the cops, “This ends today.” That was a mistake.

Did the NYPD cops who dealt with Garner mess up? You bet. One of them put Garner in a chokehold, banned by department regulations, and Garner died. But no cop shows up to work looking to kill someone, and the day would have ended differently had Garner followed the instructions he was given. Sad but true.

We should hold cops to a higher standard of accountability than the average citizen because they are given great power—including the legal use of deadly force. Yet, we can’t forget that the police are people, too. They don’t have unlimited patience or a sixth sense about when their job will turn violent. Recognizing bad guys takes experience—and a critical aspect of experience is learning from mistakes.

As Mac Donald has written, policing is political: if the people feel that the police are going too far, then the people should demand—and get—reform. The problem? If what the people want is less policing, or some vaguely defined notion of “better policing,” proven crime-fighting techniques will likely be abandoned, and crime will rise. That’s happening now in cities around the country. The bonds between people and the police are fraying.

More broadly, as Barack Obama’s presidency nears its end, the bonds among Americans are fraying, too. We can only hope that our democracy remains resilient enough to weather strains that increasingly recall darker times. The gloom hangs heavier in a presidential year in which neither major-party candidate seems up to the challenge.

This article appears courtesy of City Journal, where it originally appeared.