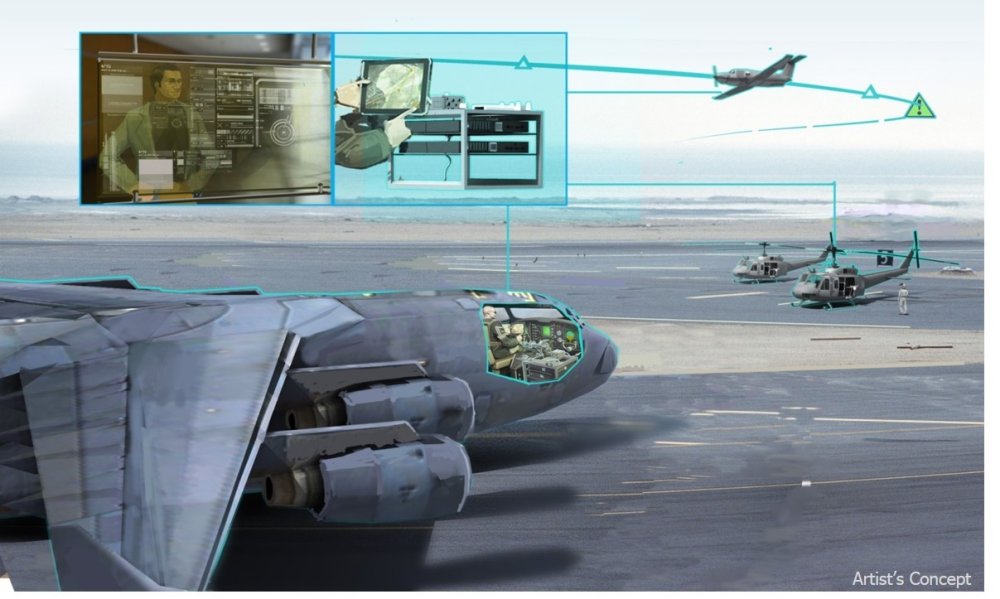 The Pentagon’s research arm is now demonstrating an entirely new level of aircraft autonomy which blends the problem-solving ability of the human mind with computerized robotic functions.

A key concept behind ALIAS involves a recognition that while human cognition is uniquely suited to problem solving and things like rapid reactions to fast-changing circumstances, there are many procedural tasks which can be better performed by computers, developers explained.

ALIAS uses a software backbone designed with open interfaces along with a pilot-operated touchpad and speech recognition software. Pilots can use a touch screen or voice command to direct the aircraft to perform functions autonomously.

For instance, various check-list procedures and safety protocols such as engine status, altitude gauges, lights, switches and levers, can be more rapidly, safely and efficiently performed autonomously by computers.

“This involves the routine tasks that humans need to do but at times find mundane and boring. The ALIAS system is designed to be able to take out those dull mission requirements such ascheck lists and monitoring while providing a system status to the pilot. The pilot can concentrate on the broader mission at hand,” Mark Cherry, President and CEO of Aurora Flight Sciences, told Defense Systems in an interview.

The aircraft is able to perform a wide range of functions, such as activating emergency procedures, pitching, rolling, monitoring engine check lights, flying autonomously to pre-determined locations or “waypoints,” maneuvering and possibly employing sensors – without every move needing human intervention.

Developers explain that ALIAS, which has already been demonstrated by DARPA industry partners Lockheed Martin and Aurora Flight Sciences, can be integrated into a wide range of aircraft such as B-52s or large civilian planes.

Initial configurations of ALIAS include small aircraft such as a Cessna 208 Caravan, Diamond DA42 and Bell UH-1 helicopters, Cherry explained. The ALIAS system is able learn and operate on both single engine and dual-engine aircraft.

Both Lockheed and Aurora Flight Sciences have demonstrated ALIAS; DARPA now plans to conduct a Phase III down-select where one of the vendors will be chosen to continue development of the project.

As algorithms progress to expand into greater “artificial intelligence” functions, computers with increasingly networked and rapid processors are able to organize, gather, distill and present information by themselves. This allows for greater human-machine interface, reducing what is referred to as the “cognitive burden” upon pilots.

There are some existing sensors, navigational systems and so-called “fly-by-wire” technologies which enable an aircraft to perform certain functions by itself. ALIAS, however, takes autonomy and human-machine interface to an entirely new level by substantially advancing levels of independent computer activity.

In fact, human-machine interface is a key element of the Army-led Future Vertical Lift next-generation helicopter program planning to field a much more capable, advanced aircraft sometime in the 2030s.

It is certainly conceivable that a technology such as ALIAS could prove quite pertinent to these efforts; a Joint Multi-Role Technology Demonstration Army S&T program is already underway as a developmental step toward engineering this future helicopter. The intention of the FVL requirement, much like ALIAS, is to lessen the cognitive burden upon pilots, allowing them to focus upon and prioritize high-priority missions.

The human brain therefore functions in the role of command and control, directing the automated system to then perform tasks on its own, Cherry said.

Aircraft throttle, actuation systems and yokes are all among airplane functions able to be automated by ALIAS.

“It uses beyond line of sight communication which is highly autonomous but still flies like a predator or a reaper,” John Langford, CEO of Aurora Flight Sciences, told Defense Systems in an interview.

Due to its technological promise and success thus far, ALIAS was given an innovation award recently at the GCN Dig IT awards.