A Debt Bomb Set to Explode: Is China's Economy Headed for a Meltdown? 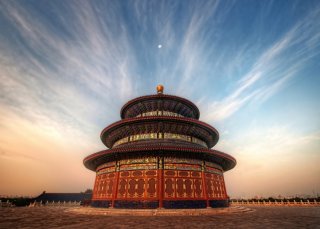 On Friday China announced its economy had expanded at a 6.7 percent rate in the first quarter of 2016. While this is the slowest growth since the depths of the great recession, it conveniently remains within the government’s official target of 6.5-7.0 percent. Unlike all developed countries, there will be no revisions to this figure in the coming months or quarters.

There were two factors that kept Beijing’s growth within its target range: Easy money and the property market. The level of “total social financing,” or borrowing, rose 16 percent in March from a year ago.

This was fueled by the bond issuance by local governments as part of its bailout program and investment in ‘fixed asset investment’ which is largely composed of infrastructure and factories.

With total debt approaching 300 percent of GDP and massive overcapacity in many industries such as coal, cement, chemicals and refining, this development only exacerbates China’s serious structural problems.

The property market witnessed a strong recovery in China’s largest cities, causing property investment to rise at its fastest pace in a year. Outside the largest four cities, however, where 95 percent of home sales occurred, the housing sector remains sluggish. With an estimated 70 million inventory of unsold homes, China’s housing construction rebound does nothing to begin resolving this problem.

If this pattern sounds eerily familiar, it should. Debt issuance, investment in factories and the property market have been consistently the engines for growth since the economic crisis and beyond. China’s economic plan to move toward a more market-oriented policy, such as improving property rights, financial sector liberalization and Hukou reform (giving the massive migrant work force basic rights in urban areas) have been slow in development or nonexistent.

How long can this trend last? As the well-known economist Herb Stein once said, “If something cannot go on forever, it will stop.”