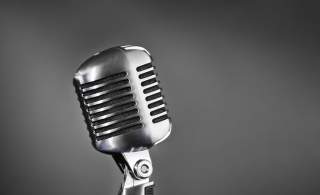 At a time when President Donald Trump’s administration is reportedly considering cuts to public broadcasting, one Democrat governor already has proposed to eliminate taxpayers’ subsidies for his state’s TV and radio affiliates.

West Virginia Gov. Jim Justice’s budget proposal would cut state funding for the West Virginia Public Broadcasting, or WVPB, from $4.6 million all the way down to zero.

“You’re faced with a $500 million hole in the bucket,” Justice told the state Legislature earlier this month. “And the next year is a $700 million hole in the bucket … We’ve got an 18 carat dog’s mess, don’t we? We do. I didn’t create the dog’s mess. I have inherited the dog’s mess. And I am telling you, you have to have real direction and real ideas and real cooperation together to be able to get out of this.”

Justice went on to broadly talk about making spending cuts and tax hikes painless, but didn’t specifically address public broadcasting during his State of the State address.

WVPB CEO Scott Finn referred The Daily Signal to Herring for all questions.

A statement from the organizations’ chairs read, “such a drastic and immediate cut threatens the very existence of our state’s PBS and NPR stations.”

“This state cut would translate into layoffs of up to 75 percent of our staff, which would endanger our ability to operate,” read the statement from Friends of WVPB Chairwoman Susan C. Hogan and WVPB Foundation Chairman Ted Armbrecht.

About $4.2 million of the $4.6 million covers the salaries and benefits for WVPB’s 71 employees, according to the Charleston Gazette-Mail.

Hogan told The Daily Signal the organization has hired a lobbyist and a marketing director to galvanize public support.

“Alternative ways [for WVPB] to exist would be as a private nonprofit. The other is to become part of a university,” Hogan told The Daily Signal. “The former would take years to get to that point. The latter would take intense negotiation.”

The state Legislature is holding hearings and drafting its own budget proposal, said Jared Hunt, spokesman for West Virginia House Speaker Tim Armstead, a Republican. For now, the speaker doesn’t have a specific position on public broadcasting. But, it’s ultimately up to the governor, Hunt said.

Taxpayers, whether at the state or federal level, shouldn’t have to fund what is heavily liberal-leaning programming, said Mike Gonzalez, a senior fellow at The Heritage Foundation.

“Whether it’s state or federal, all taxpayers shouldn’t be expected to fund such marked bias,” Gonzalez told The Daily Signal. “They have been criticized for this for years, and their only defense is ‘No, we’re not [biased].’”

Trump met Wednesday with his budget team at the White House, as the president plans to present a budget proposal in the near future. News reports say he intends to privatize the Corporation for Public Broadcasting, the agency that oversees the TV network, Public Broadcasting System, as well as National Public Radio.

In brief remarks from the White House, Trump didn’t address any specific detail other than cutting waste and getting spending under control. Office of Management and Budget Director Mick Mulvaney and Treasury Secretary Steven Mnuchin sat on each side of the president, while other top advisers were also in the Roosevelt Room with him.

“The finances of this country are a mess but we’re going to clean that up,” Trump said. “I will be holding everybody accountable for that.”

Gonzalez thinks PBS and NPR could do well as private nonprofits.

“It is unfair and unwise to fund any media organization that ignores the philosophy and arguments of one-half of the country,” Gonzalez added. “I think their membership model for raising money works. I think they would survive and thrive on their own.”

Hogan contends that public broadcasting is essential for the America.

“[The Corporation for Public Broadcasting] is the spirit and soul of America,” Hogan said. “You tell me a cable station that does what PBS does.”