Destined to Disappoint: What Barack Obama Should Have Learnt From Tony Blair 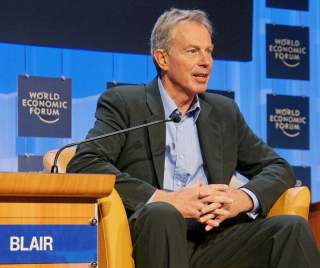 Six years ago, America voted for change.  Crushed under the weight of the Iraq War and, ultimately, a collapsing financial system, George W. Bush’s approval rating had averaged just 37 percent during his second term and stood at a miserable 22 percent when he left office.  At the time, most observers recognized that the 2008 election was Barack Obama’s to lose.  The American public was content to back Obama as the archetypal anti-Bush candidate.

Fast forward just two years and President Obama already had alienated much of the country.  The 2010 midterm elections delivered what the president famously described as a “shellacking,” the largest change in Congressional seats in over sixty years.  Disappointment and frustration with the administration was most palpable among Obama’s base.  In a video clip that crystallized the prevailing mood, self-identified “middle-class American” Velma Hart confided her exasperation at a town hall meeting with the president: “I had been told that I voted for a man who said he was going to change things in a meaningful way for the middle class,” Ms. Hart explained. “I'm one of those people and I'm waiting, sir. I’m waiting.”

Disappointment with the Obama administration continues to run deep.  The Democrats looks set to incur heavy losses in next week’s midterm elections, and many in the party are laying the blame at the door of the White House. But is the rot of disillusionment surprising, or could we have seen it coming?

There are some parallels with another left-of-center leader—Britain’s Tony Blair.  In 1997, Blair led a Labour Party that looked certain to replace John Major’s ailing Conservatives as Britain’s party of government.  After 18 years of Tory “misrule”—economic crises, various scandals of ministerial misconduct (so-called “sleaze”), and blistering backbench rebellions against Major’s leadership—the country was ready for something different.  “A new day has dawned, has it not?” asked Blair, rhetorically, upon securing his parliamentary majority, fully aware of the widespread optimism that his party’s victory inspired.

Like Obama, Blair promised to “clean up” politics.  His government would introduce an “ethical” foreign policy in contrast to the wheeling and dealing of the Thatcher and Major governments, which had been accused of supplying arms to Saddam Hussein’s Iraq among other things.  Labour would pass a Freedom of Information Act to make government more transparent.  Public services would be well-resourced and responsive to peoples’ needs.  The drudgery of the Tory years was over; the promised land of New Labour politics had arrived.

Blair was destined to disappoint.  Already on the wane, public confidence in Blair plummeted in 2003 with the decision to invade Iraq.  He finally left office in 2007 under pressure from members of his own party who feared he would prove an electoral liability at the forthcoming general election.  Today, it is difficult to recall how much hope Tony Blair inspired in 1997; the disappointment and the undelivered promises overshadow the (considerable) achievements that Blair racked up in office.

First Blair and now Obama have learnt that if it is audacious to hope then it is also risky to inspire too much hope in others.  While hope can undeniably help parties and candidates to win elections, in the long-run such political tactics can undermine the credibility of individual politicians and the political process in general.  In 2010, Velma Hart let Obama know this in no uncertain terms, but the president really should have known what was coming.

One crucial difference between Blair and Obama is that people pinned their hopes on Tony Blair because eighteen years of gloom under the Conservative Party had pushed them towards seeing him as an emancipatory force; people pinned their hopes on Obama because he explicitly invited them to do so.  In Britain, Labour still struggles to reengage with voters and activists who feel badly let down by Blair and his co-partisans.  Likewise, the fallout from Obama’s disappointing spell in office will continue to affect U.S. politics long after next week’s elections.  For some of the most disillusioned, the effects may be irreparable.