Dictatorships and the Post-American Order: Is Autocracy Safe for the World? 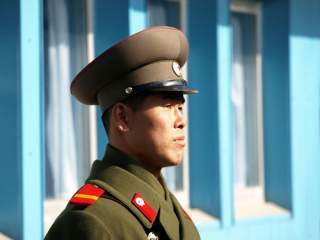 When Woodrow Wilson led the U.S. into World War One he said, “The world must be made safe for democracy.”   Since the writings of Kant and the rise of Hitler, the word dictatorship has been synonymous with international aggression.  However, with America’s debacle in Iraq and the onset of the Great Recession, authoritarian regimes have been increasingly asserting themselves.  A recent report from the World Bank predicting that China will surpass the U.S. as the world’s leading economy has made policymakers and pundits alike worry.  If autocracies like China and Putin’s Russia dominate world politics in the twenty-first century, what are we in for? One hundred years of Hobbesian anarchy, or another Concert of great powers?  Dictatorships dominate Washington’s agenda: China’s aggressive behavior in it’s territorial disputes in East Asia; the nuclear talks with Iran; what Putin’s Russia will do next in Ukraine (or Moldova, Georgia, the Baltics, and other countries in the post-Soviet space); and the civil war in Syria.  Wilson’s question needs to be reversed: is autocracy safe for the world?

A world order shaped by autocracies is nobody’s first choice.  However, it’s not the worst thing that could happen, either. Most dictators are subject to domestic punishments for losing wars. Furthermore,  they face additional punishments after being removed from office ranging from imprisonment to exile to execution.  These sanctions give dictators potent incentives to pick fights they can win and avoid risky ventures they could lose in order to stay in office (and stay alive).

The Obama Doctrine summed up what has long been the conventional wisdom on democracies and war: they “Don’t do dumb ‘stuff.’” By one influential study’s count, democracies won 93% of fights they started, and 76% of the fights where they are targeted.  Democracies were once believed to (mostly) do “smart” things because their domestic audiences were casualty averse, could easily remove leaders who lost and were informed by an unregulated marketplace of ideas.  And because democratic leaders enjoy staying in office they generally pick fights they can win.  Because autocrats do not pay the costs of war and cannot easily be punished for screwing up, they can be as aggressive as they want.  Dictatorships only won 60% of the fights they started and 34% of the fights where they had been targeted.  Leaders who fought and lost could still cling to power (ex: Saddam Hussein after the first Gulf War).

Historical cases like Algeria, Vietnam, wars in Lebanon, and the second war in Iraq give us reason to be skeptical about the military effectiveness of democracies.  Scholars using quantitative data have suggested that democracies aren’t as smart and tough as we were lead to believe.

Some fear that as China continues to rise, it will not act as a responsible stakeholder simply because of its governmental structure.  However, these fears are based on a poor understanding of the domestic political constraints that govern authoritarian regimes.  Even many political scientists suggest that if you’ve seen one autocracy, you’ve seen them all which simply is not true.

Dictators like Hitler, Stalin, and Kim Jong-Un are the exception, not the rule.  Few dictatorships are run as personalist regimes centered on the whims of a single individual.  Instead, the majority of are like Nikita Khruschev and Leopoldo Galtieri of Argentina: non-democratically elected, but beholden to a clubby group of elites who associate losing wars with foreign policy incompetence.  New data bears this out.  Constrained dictators--non-democratic leaders who do not control the military or intelligence services or access to high office--lose office in two out of six cases where they won on the battlefield; they tended to lose office in seven out of eight cases where they lost.

Even unconstrained dictators are not safe from the fury of their general publics.  While some personalist rulers like Saddam Hussein managed to cling to power in the face of defeat (e.g., after Gulf War One), others have not been so lucky.  Leaders like Nasser and King Hussein managed to cling to power after their humiliating defeat in the Six Day War of June 1967, but not without tremendous costs.  Nasser’s reputation as the champion of Arab nationalism was nearly destroyed while Egypt was rocked by nationwide protests that began in February 1968.  King Hussein’s already tenuous grip on power was further challenged by the influx of Palestinian guerrilla groups bent on using Jordan as a staging ground for attacking Israel.  This paved the way for the Jordanian Civil War of the early 1970s.  Syria was beset by a nearly three-year long power struggle between the two leaders of the Ba’ath Party at the time: Salah Jadid and the Defense Minister, Hafez al-Assad.

Autocrats may miscalculate, just as the U.S. did when it went into Iraq in 2003.  However, domestic political constraints give dictators strong incentives to avoid reckless behavior.  Take Xi Jinping.  China’s truculent stance on its territorial disputes in East Asia has been of tremendous interest to American decision-makers recently.  However, Xi answers to the Politburo and is vulnerable to nationalist/anti-foreign protests getting out of control should he lose one of the fights he picks, neither of which welcomes international defeats.  So far, Xi has picked fights with weaker adversaries that are no match for the Chinese military.  These conflicts appear to have little likelihood of escalating to the point of full-blown confrontations with Washington.

Many Americans would prefer the unipolar moment never end.  However, America can survive in a world with powerful non-democracies.

Dr. Albert Wolf is a Contributing Analyst for Wikistrat.  Starting in August, he will be a Fellow with the Leonard Davis Institute for International Relations at The Hebrew University of Jerusalem.