Did Israel's Arrow Really Shoot Down a Syrian Rocket? 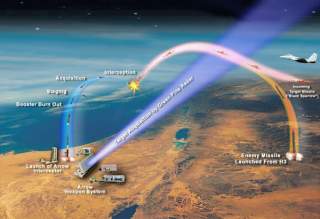 Yet even some Israelis aren’t quite sure what really happened on the night of March 16. It is clear that Israeli jets attacked targets inside Syria, which Israel has repeatedly raided to stop Iranian weapons shipments to Hezbollah in Lebanon. Though Israel doesn’t usually publicize these attacks, an IDF press release announced that “aircraft targeted several targets in Syria. Several anti-aircraft missiles were launched from Syria following the mission and IDF Aerial Defense Systems intercepted one of the missiles. At no point was the safety of Israeli civilians or the IAF aircraft compromised.”

Soon the questions began. The missile reportedly was a Syrian SA-5 Gammon (also known as the S-200), a big SAM with a range of almost two hundred miles. Developed by the Soviet Union in the late 1960s, the SA-5 was really designed for high-altitude intercepts of slow bombers, rather than fast tactical-strike aircraft the Israelis fly over Lebanon.

And if the Syrians fired a SAM, then why did they wait until the Israeli aircraft had exited Syrian territory and were over Israel? The Arrow intercepted the missile over Jordan, which shares a border with Syria and northern Israel.

And could an Arrow even shoot down a SAM? The Arrow is designed to shoot down ballistic missiles like the Scud (though not ICBMs). More important, it is also an exoatmospheric interceptor that hits its target above the Earth’s atmosphere, in outer space (the closest U.S. equivalent would be the Ground-based Midcourse Defense system).

I contacted Ted Postol, a professor emeritus at the Massachusetts Institute of Technology, and one of the most knowledgeable of missile defense critics. Postol was dubious about the intercept:

The SA-5 is basically an aerodynamically supported missile that has a dual thrust motor that operates at high thrust during missile launch and low thrust in order to sustain high speed to longer distances against atmospheric drag. The Arrow has an infrared homing upper kill stage that operates at about 40 kilometers altitude. The aerodynamic heating at altitudes much below 40 kilometers would be so severe that there is no possibility of intercepting an SA-5 at lower altitudes.

Defense News writer Barbara Opall-Rome also notes that “Arrow is not designed to intercept SAMs. Such anti-air missiles are not part of the system’s database, which automatically tracks trajectories and predicts impact points of incoming ballistic missiles. Once fired, an SA-5 with its four strap-on boosters create five targets in the air, all of which appear as tumbling objects whose trajectories—unlike those of ballistic missiles—are practically impossible to predict.”

Another theory is that Syria fired a ballistic missile at Israel as retaliation. Interestingly, that’s what the Arrow defense system thought, according to Israeli newspaper Haaretz. “An air force officer noted that the Syrian SA-5 anti-aircraft missile was identified as some kind of ground-to-ground missile due to the ballistic course that it took – from the point at which it was fired to its point of impact. Israel Defense Force officials do not believe that the launch of the SA-5 missile was deliberately carried out in this manner, but noted that over time, the systems identified the threat as ballistic and the decision was therefore taken to intercept it.”

But this raises a political rather than a technological issue. If Iran, or its Hezbollah and Syrian proxies, are firing Scuds at Israel, that might cross a red for Israel—and a Trump administration that opposes lifting sanctions on Iran.

Nonetheless, if the Arrow really did shoot down a SAM, then this could be a game changer in the ongoing contest between aircraft and antiaircraft missiles. There has been a lot of buzz about about the threat posed to Western aircraft by Russia’s long-range S-300 and S-400, with a range of 250 miles. Destroying long-range SAMs with antimissile interceptors offers a new method of suppressing air defenses, or at least creating uncertainty among the defenders.

Still, knocking a SAM down with a ballistic-missile interceptor seems a chancy and expensive way of protecting aircraft—and note that the Arrow intercept occurred close to Israel’s border, rather than deep in enemy territory. Yet if ballistic-missile defense is now becoming anti-antiaircraft missile defense, it adds a new dimension to aerial warfare.