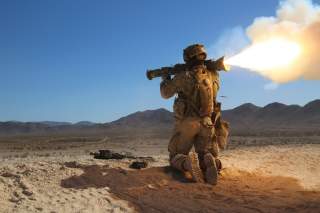 On May 24, 2018, the New York Times ran an article by Thomas Gibbons-Neff detailing an intense battle between U.S. special forces and Syrian government-allied troops and Russian mercenaries for control of the Conoco gas field east of Deir ez-Zor. The article supported a statement made by Secretary of State Pompeo in a confirmation hearing that the U.S. military had killed a “couple hundred Russians” in the engagement. Similar claims had been swirling in Russian media as well.

However, the New York Times article appears to contradict earlier claims from sources within Syria that the majority of losses were suffered by Iranian-backed militias rather than Russian mercenaries, particularly cited in an investigative report by Christoph Reuter published by Der Spiegel on March 2.

This article will explore what these and other sources claim about composition and motivation of the opposing forces, the manner in which the battle unfolded, and the casualties suffered by various parties in what may have been the bloodiest battle between U.S. and Russian troops since World War I.

Dividing Line on the River Euphrates

The Euphrates River cuts across eastern Syria into Iraq, forming part of the Fertile Crescent from which the earliest human civilizations arose. In the last few years of the Syrian Civil War, most of Syria east of the Euphrates has fallen under the control of Kurdish militias and their Arab allies, collectively known as the Syrian Defense Force (SDF).

The U.S. military allied with the SDF due to its effectiveness in combating the strong ISIS presence in eastern Syria. Starting in 2014, Central Command deployed assets ranging from attack helicopters to special forces operators and Marine artillery. This contingent reported having killed a staggering twenty-one thousand ISIS fighters by 2017 while directing air and artillery strikes and engaging on ground raids. However, this apparently long-term U.S. presence on Syrian soil is vexing to Syrian dictator Bashar al-Assad and Moscow, though the SDF itself is not high on the list of the Assad’s many enemies.

In 2017, the SDF captured the lucrative Conoco natural gas field east of Marrat, which had been under the control of ISIS, and established a forward outpost in the town of Khasham, supported by American special forces. However, the SDF permitted a pro-Assad militia to deploy a maximum of four hundred soldiers in Tabiya, apparently including Russian mercenaries. The nearest ISIS forces were located southwest of Deir ez-Zor.

SDF dispositions in Khasham are unclear, but the New York Times details that around thirty U.S. Army Rangers and Delta Force operators were deployed there. The Rangers are an elite light infantry force trained for larger-scale infiltration operations and airborne raids, while Delta Force is a more secretive unit trained for smaller-scale counterterror operations. U.S. Air Force JTACs (Joint Terminal Air Controllers), specialists in calling in air support, were also embedded with the SDF. The operators at the outpost were reportedly well entrenched and disposed of machineguns, motor transport, and Javelin anti-tank missiles for self-defense.

If necessary, the operators could call for backup from a mission-support site twenty miles away occupied by a platoon of U.S. Marines and a team of Army Green Berets—a special operations unit specialized in training, advising and fighting alongside local forces.

There was also a Marine HIMARS battery in range. The lightweight truck-mounted multiple-rocket launcher system can rapidly spit out a barrage of six 227-millimeter rockets at distant targets—or fire individual, more advanced munitions with greater precision. You can see a HIMARS drill in Syria here.

However, U.S. air power was undoubtedly the deadliest weapon at the outpost’s disposal.

The Buildup at Deir ez-Zor

Early in 2018, pro-Assad militias unsuccessfully negotiated with the Kurds for a handover of the Conoco field. Then, in February, U.S. intelligence observed an ominous buildup of troops and armored vehicles at the Deir ez-Zor airport which suggested a possible offensive aimed at the Conoco oil field.

U.S. military personnel contacted their Russian interlocutors to discuss this concerns over a ‘deconfliction’ phone line. “The Russian high command in Syria assured us it was no their people,” Defense Secretary James Mattis later told U.S. senators. However, Russian language speakers were frequently overheard on the local radio nets.

Der Spiegel reports that an assortment of Assad allies was mustering in Deir ez-Zor, including a battalion of the ‘Baqir Brigade’, a 2,500-strong militia originally from Aleppo. The unit had close ties with the Iranian Revolutionary Guard Corps, and incorporated the local tribal fighters under Sheikh Nawaf al-Bashir.

Elements of two other another Iranian-backed unit, the Fatemiyoun and Zainabiyoun Brigades were also reportedly present, the former composed of Hazara refugees from Afghanistan recruited by Iran (at times forcibly from prison) to fight in Syria, the latter is a unit of Pakistani Shias, who per their advertisements, were fighting in Syria for $1,200 a month.

Troops from the Syrian Arab Army’s 4th Armored Division were also present, as well as the ‘ISIS Hunters’, an ostensibly elite special forces unit reportedly tasked (contrary to its name) with seizing and guarding profitable oil installations in Eastern Syria. This unit was primarily trained and equipped by Russia, and may have had Russian mercenaries embedded or leading it.

However, the Washington Post and the Russian newspaper Kommersant both revealed that in January the United States intercepted communications between Russian oligarch Yevgeniy Prigozhin late in January informing the Syrian government that the Russian officials had given him permission to undertake ‘fast and strong’ measures that would deliver a ‘good surprise’ between February 6 and 9.

Prigozhin, who has also been indicted for U.S. election manipulation, is the owner of Evro Polis—a shell company contracting the Wagner Group, a private mercenary company (PMC) formed by Russian Lt. Col. Dmitry Utkin. Though PMCs are illegal in Russia, both Prigozhin and Utkin are apparently close to Putin, and Wagner mercenaries have played an important role in Russia’s hybrid warfare strategy in Ukraine and Syria. Because they are not officially Russian soldiers, their actions can be dissociated from the Russian states, and casualties can be concealed from the public.

Indeed, Russian mercenaries—recruited from military veterans and Russian nationalists—have suffered hundreds of casualties serving as shock troops on brutal Syrian battlefields. Morale is reportedly low, and demand for additional recruits high. A veteran interviewed by Radio Svoboda boasted that they had a “specialist” trained in removing the eyeballs of prisoners using ‘two teaspoons.’ These ‘volunteers’ are reportedly payed between 150,000 to 200,000 rubles ($2,400 to $3,200) per month of service. If killed, their families receive $48,000, contingent on their adherence to a nondisclosure agreement.

Though originally furnished with Russian military weapons, the group reportedly had a falling out with Russian Defense Minister Sergei Shoigu, and has since been employed directly by the Syrian government. Reportedly, Evro Polis’s latest contract includes a promise for 25 percent of the revenue from any gas fields seized by Wagner forces.

In all, the Assad-aligned forces reportedly mustered nine tanks, including dated T-55s and better protected T-72 tanks, as well as armored personnel carriers and 4X4 BRDM-2 amphibious armored cars. In terms of artillery, there was battery of model 1938 M-30 122-millimeter field howitzers, a World War II-era weapon which still packs a punch, multiple-rocket launchers (most likely BM-21 Grad) which can shower a broad area with unguided rockets, and heavy mortars. Wagner mercenaries claim to have operated the T-72s, BRDM-2s and howitzers.

According to Der Spiegel, at 5 a.m. on the morning of February 7, a mixed force composed of roughly 250 Syrian 4th Division soldiers, Albu Hamad militia, and Zainabiyoun and Fatimbiyoun advanced across a pontoon bridge south of Tabiya. However, American troops fired warning shots towards the bridge and they retreated.

At 3 p.m., a new column composed of between three hundred and five hundred men, some mounted on twenty-seven SUVs, tanks and APCs, began advancing north from Deir ez-Zor airport and crossed the Euphrates west of Marrat. Russian mercenaries sources claim there were three companies of Wagner troops involved in the engagement. Der Spiegel claims they were bystanders to the action in Tabiya.

The advance of this force was monitored by American troops, as described by the New York Times, prompting urgent calls to the deconfliction line. The Russian military denied the presence of any Russian troops in the area. The column of tanks and vehicles obscured their approach by snaking through Marrat with their headlights off under the cover of darkness, emerging into view a mile or two away from Khasham at 10 p.m.