Did U.S. and Russian Troops Fight Their Bloodiest Battle Since World War I in February? 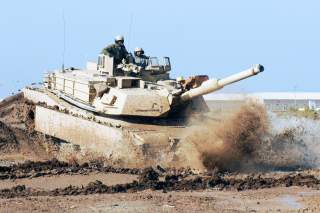 An earlier article the participating forces and chronology of a battle involving U.S. forces, Syrian militias and Russian mercenaries near Deir e-Zor, Syria in February 2018. This article considers the mystery of which forces were behind the attack, and the extent of the losses they suffered.

In a violent battle near the Syrian city of Dier ez-Zor the night of February 7–8, U.S. commandos did not suffer any casualties, and only one allied SDF fighter was injured. However, the United States estimated that it had killed at least 20 percent of the attacking force, with casualties numbering between 100 and 300. There is relatively little video or photo documentation of the battle, save for videos of two air strikes, and of Syrian militias recovering bodies after the battle. The Pentagon later alleged the attackers were primarily Wagner mercenaries.

Damascus announced it forces had suffered fifty-five killed, including ten Russians, one Brig. Gen. Yusuf Aisha Haider, both sons of Sheikh al-Bashir of the Baqir Brigade, and 20–30 members of the ISIS Hunters unit, including Lt. Col Yasser Essa. Damascus’s incredible excuse for the attack was to claim its forces had been investigating ISIS mortar fire from the east river bank when they came under unprovoked fire from the U.S. position. In April, survivors of the ISIS Hunters unit held a ceremony declaring jihad on U.S. forces in Syria.

It was clear that some Russian mercenaries were amongst the fallen. An airport employee reported seeing two Toyota trucks full of their corpses being delivered to the airport. Russian foreign ministry spokeswoman Maria Zakharova initially claimed only five Russian dead. However, at least five recordings with members of the Russian mercenary community claimed several hundred Russian PMC casualties, causing a political firestorm just prior to Russian presidential elections. One mercenary was recorded saying “one squadron f--- lost 200 people ... right away, another one lost 10 people ... and I don't know about the third squadron, but it got torn up pretty badly, too.” A journalist reporting on the controversy later mysteriously ‘fell to his death’ from his apartment.

Due to the Moscow’s habitual dishonesty regarding casualties, the higher loss claims were accepted by several Western news outlets. As Der Spiegel’s Christophe Reuter wryly observed in an investigative article: “It has generally been the case, after all, that when something in the Syrian war is denied by the Kremlin, or when the Russians admit to it bit by bit, then it is probably accurate.”

However, Russian mercenaries and ultra-nationalists might have an interest in exaggerating the number of casualties, in support of a stance that Moscow was failing to provide adequate support to its mercenaries in the field and should be more willing to confront the U.S. military in Syria. Indeed, some photo ‘evidence’ of deaths circulated on the internet was demonstrably fake.

Der Spiegel and the Syrian Observatory of Human Rights (SOHR) made their own claims of losses based on sources on the ground in Syria, and came out with different figures. The former estimated eighty Syrian government soldiers, seventy Syrian tribal militiamen (mostly from the Baqir Brigade), 100 Fatemiyoun and Zenaibiyoun fighters had perished—as well as 10–20 Russian mercenaries who had the misfortune of being in the area of Tabiyah during the American counterbombardment.

The Syrian Observatory of Human Rights reported a lower casualty figure of sixty-eight dead and 150 wounded, most of the dead from Baqir Brigade. Usually, there are several wounded for every person killed in battle, so it possible some of the higher body counts may be lumping together the wounded and killed.

The Conflict Intelligence Team, a respected independent group, could confirm the names of only ten Wagner mercenaries killed in the battle, and estimated a total of 20–30 casualties. Russian journalist Roman Sankopov claimed there had been twenty-five PMC deaths, while Radio Svoboda claimed there had been around fifteen.

Why did such an ill-judged attack take places at all? Some have suggested that Moscow orchestrated the assault as a test of U.S. resolve in Syria. However, it seems both Wagner and pro-Assad militias had a direct profit motive in seizing the Conoco gas fields from the SDF, from which they were promised a share of the revenue by the Syrian government. Although Wagner may serve as a deniable instrument of Kremlin policy, the PMC might have been inclined to take on side-jobs for its own profit.

By their account, the U.S. military repeatedly warned the Russian military of the presence of its forces at Khasham prior and even during the attack. The intercepted communications between Prigozhin, Damascus and Moscow place considerable doubt on the claims by Russian military interlocutors that they were truly ignorant of the brewing attack at Deir ez-Zor.

Perhaps Wagner and the Syrian militias wrongly believed they would be able to capture the Conoco field and defeat SDF elements in the area without engaging U.S. troops, or that the U.S. presence was so weak that they could be quickly overrun. The SOHR claims the attack may have been spurred by a rumor that the United States had abandoned SDF forces in the area.

Whether the PMCs were unlucky bystanders to the battle as Der Spiegel’s Syrian militia sources claim, or if three entire companies of Wagner mercenaries were deployed in the attack as some mercenaries claimed, remains the crux of the controversy.

Like Der Spiegel’s Christoph Reuter, aviation journalist Tom Cooper argues that local sources indicate the majority of the attacking forces were from Iranian-backed militias and tribes which may have even been competing with the Russian PMCs for control of the Conoco field. In his view, the attacked was largely mounted by Iranian proxies.

However, intelligence analyst Neil Hauer argues that based on the intercepted Prigozhin communications and the multiple recorded testimonies of Russian mercenaries, “three hundred casualties [killed and wounded] is not only possible but probable.” In a chat, he wrote me “There could be Iranian casualties as well—likely in fact—but the assault was Wagner-led and primarily Wagner-composed.”

Clearly, much remains disputed about the Battle of Khasham. Various Syrian and Russian actors have incentives to release accounts of the battle that suit their respective interests. In general, Syrian sources tend to allege that battle was led by Iranian-backed militias with only modest Russian involvement, while Russian and U.S. sources support claims of a battle that was primarily led by Wagner mercenaries with support from Syrian allies. If the latter is true, this would make the battle the bloodiest ground engagements between Russian and U.S. troops since World War I a century ago.