Diego Garcia: A Potential Casualty of the CIA Torture Report? 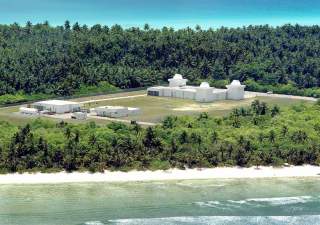 The Senate Intelligence Committee’s so-called “torture report” has hardly precipitated the kind of political earthquake that its authors might have hoped for.  Public reaction to the report’s contents has been muted, and it seems unlikely that any prosecutions will result from its publication.  The report’s release has been more of a damp squib than a catalyst for change because—although this truth might be difficult for some to accept—it has only succeeded in revealing details about a practice that most Americans already knew was taking place in general terms.

The domestic political fallout of the committee’s report is thus likely to be fairly well contained.  Yet the blowback might still be significant abroad.  In particular, the report has the potential to empower overseas critics of U.S. foreign policy, its myriad details of CIA wrongdoing constituting a surfeit of “facts on the ground” to bias national conversations against U.S. counterterrorism policy.  In countries where pro- and anti- American forces are pitted against each other, the Senate Intelligence Committee report offers both moral and tactical advantage to those who would like to see the U.S. global footprint curtailed.

The United Kingdom is one such potential battleground, where MPs and members of civil society alike are calling for a rethink of the U.S. military presence on Diego Garcia, a British territory in the central Indian Ocean that plays host to one of the Pentagon’s most strategically important military installations in the world.  As well as being an important staging post in America’s recent wars in the Middle East, Diego Garcia has been named as a CIA “black site” by international organizations such as the United Nations and Council of Europe, as well as human rights groups like Reprieve, who have pointed to the presence of so-called “prison ships” moored offshore as well as detention facilities on the island itself.  Coupled with the mistreatment of the island’s indigenous population as part of the base’s creation in the 1960s and 1970s, these allegations have muddied the name of Diego Garcia in the British public consciousness.  If this is the true face of the Anglo-American special relationship, is it really a love affair worth pursuing?

The CIA’s torture report was ominously silent on the topic of Diego Garcia, however, prompting accusations that the British government lobbied for its removal from the final text.  It is already a matter of public record that Diego Garcia was at least used as a fueling stop for two “rendition” flights in the 2000s.  Why, then, the pretense that Britain’s association with the rendition and/or torture programs is non-existent?  Parliamentarians in London are demanding not only answers but also access to the Senate committee’s documents.

The mounting pushback against the supposed cover-up of Anglo-American collusion could manifest itself in dramatic fashion, particularly with regards to Diego Garcia.  It is at least possible that MPs could move to block the renewal of the agreement governing U.S. access to the base, which is due to be discussed this year for renewal by 2016.  Less exceptionally, MPs could demand enhanced British oversight of what takes place on Diego Garcia or else impose limits on what the island can be used for.

Any such development would be a diplomatic headache and embarrassment for the British government, which prides itself on being a reliable ally of the United States, but losing Diego Garcia would be much more of a bombshell for the United States.  Prized for its seclusion, stability and strategic location, Diego Garcia means a great deal to military planners in the Pentagon.  It would be an upset if this prized asset was placed in jeopardy because of backlash from one of America’s closest allies.

The fact is, however, that a clandestine program of torture is rightly a tough sell—if not always at home, then certainly in some foreign quarters.  As such, the effects of the Senate report cannot be expected to be wholly ephemeral.  Political entrepreneurs abroad—especially those with an ax to grind—will make certain of that.