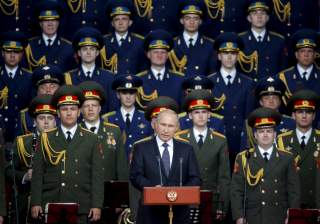 “We assess that the leading state intelligence threats to US interests will continue to be Russia and China, based on their services’ capabilities, intent, and broad operational scope,” director of national intelligence Dan Coats said in his written testimony before the Senate Armed Services Committee on March 6. “Other states in the Near East, South Asia, East Asia, and Latin America will pose local and regional intelligence threats to US interests. For example, Iranian and Cuban intelligence and security services continue to view the United States as a primary threat.”

“Penetrating the US national decision-making apparatus and the Intelligence Community will remain primary objectives for numerous foreign intelligence entities,” Coats said. “Additionally, the targeting of national security information and proprietary information from US companies and research institutions involved with defense, energy, finance, dual-use technology, and other areas will remain a persistent threat to US interests.”

However, while state intelligence services are the major concern, non-state actors are also increasingly getting into the intelligence collection business.

“Nonstate entities, including international terrorists and transnational organized crime groups, are likely to continue to employ and improve their intelligence capabilities, including human, technical, and cyber means,” Coats said. “As with state intelligence services, these nonstate entities recruit sources and perform physical and technical surveillance to facilitate their illicit activities and to avoid detection and capture.”

One area of foreign intelligence activity that Coats took special aim at was Russia’s disinformation campaigns.

“Russia probably will be the most capable and aggressive source of this threat in 2018, although many countries and some nonstate actors are exploring ways to use influence operations, both domestically and abroad,” Coats said. “We assess that the Russian intelligence services will continue their efforts to disseminate false information via Russian state-controlled media and covert online personas about US activities to encourage anti-US political views. Moscow seeks to create wedges that reduce trust and confidence in democratic processes, degrade democratization efforts, weaken US partnerships with European allies, undermine Western sanctions, encourage anti-US political views, and counter efforts to bring Ukraine and other former Soviet states into European institutions.”

“At a minimum, we expect Russia to continue using propaganda, social media, false-flag personas, sympathetic spokespeople, and other means of influence to try to exacerbate social and political fissures in the United States,” Coats said.