Does ASEAN Want the U.S. Navy in the South China Sea? 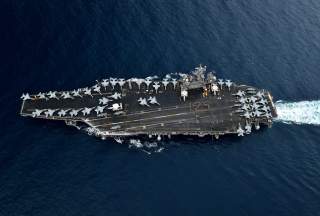 In recent months it has become clear that the lull in Washington’s confrontation with China in the South China Sea is over. Following the election of President Donald Trump, concern over Beijing’s expanding naval presence took a back seat to preoccupation with cooperation on North Korea. But the current US administration has once again stepped up rhetoric and naval operations, sending a message to China: your neighbors in the region are smaller than you, but they are not alone.

America’s continued presence in the waters of Southeast Asia is predicated, in part, on Washington’s insistence that they are needed, and wanted, to help ensure stability. But the question of whether member states of the Association of Southeast Asian Nations (Asean) support US presence in the South China Sea may not have a black and white answer.

Maritime policy analysts Mark Valencia writes in The Jakarta Post that the answer depends on which Asean members you ask, and what the US Navy is up to at any given moment.

For one, the support from even America’s closest ally in the block, Singapore, may not be without condition, says Valencia, who is currently a scholar with the China-based National Institute for SCS Studies:

“In an assessment of the United States’ role in Southeast Asian security [Singapore Prime Minister Lee Hsien Loong] asserted that, ‘Most ASEAN members support and welcome the US stance.’ Since Singapore is this year’s ASEAN Chair, Lee’s statement may hold special weight. But if taken out of context, his words may be misinterpreted.

“Lee’s statement was a general assessment of the US role as a ‘Pacific power’ — not specifically its behavior in the SCS. Indeed, he was referring to  US Defense Secretary James Mattis’ affirmation at the 2017 Shangri-La Dialogue that Southeast Asia was a priority area and that the US was committed ‘to the region’s security and prosperity.’”

“Lee also wrote, ‘From the region’s perspective, the most critical issue is the political and strategic resolve of the US to project a reliable and constructive presence as a Pacific power.’ He was conveying some uncertainty about that commitment and resolve.”

Beyond Singapore, Asean member support is mixed. Vietnam is opportunistic, and will likely adhere steadfastly to its non-alignment policy. Indonesian policy makers are “suspicious of US motives and worry about the potential destabilizing effects of US-China competition.” Brunei, though a rival claimant, appears to be leaning toward accommodation with China, as is the Philippines under Duterte. Thailand, Cambodia, Laos and Myanmar are either neutral or side with China.

In short, Valencia says, “Southeast Asian support may be much shallower and more ephemeral than [the US] thinks.”

Be that as it may, the US may have reinforcements coming from even further afield, as the European Union says it might want a piece of the South China Sea action. The EU’s head of security policy Francois Rivasseau told The Australia Financial Review last week that the possibility of European navies conducting freedom of operation patrols in the South China Sea could not be ruled out.

“The South Asia area is very important to Europe from an economic perspective. Fifty per cent of our trade goes through this area,” he said. “We are interested in stability in this area.”