Does Russia Have a Coherent Nuclear Strategy? 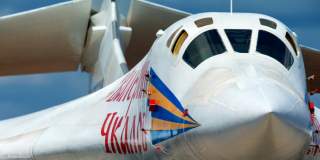 Does Russia have a coherent nuclear strategy? That was the question being debated at an event hosted by the Center for Strategic and International Studies, or CSIS, in Washington recently.

Pavel Podvig, director of the Russian Nuclear Forces Project argued that much of the Kremlin’s nuclear modernization policies are driven less by strategy than by the military industrial complex. Meanwhile, former Russian official Nikolai Sokov, now a senior fellow at the James Martin Center for Nonproliferation Studies at the Middlebury Institute of International Studies at Monterey made the case that Moscow still relies on its nuclear de-escalation doctrine to help facilitate its foreign and national security policy objectives. Olga Oliker, director of the Russia and Eurasia Program at CSIS—who was hosting the event—expressed doubt about the de-escalation doctrine. She noted that Russia’s stated nuclear doctrine doesn’t match the capabilities of its current nuclear arsenal.

Podvig said that many of Russia’s nuclear and conventional military modernization projects—such as the long-range Status-6 nuclear torpedo or Sarmat heavy intercontinental ballistic missile—don’t seem to make any sense. Russia embarks upon such development efforts not because of any strategic or military necessity, but because of heavy lobbying from the military industrial complex—Podvig argues—just as it was during the Soviet-era. “Take this heavy ICBM, what’s the purpose of this program?” Podvig asked. “I’m not sure that there is a clear purpose. Not to mention that the program will probably be totally ineffective from the cost point of view.”

Sokov, a former Russian government official who helped negotiate the START treaties, says that Moscow’s current nuclear strategy is significantly different from the Soviet Union’s. While the Soviet Union had an explicit no first use policy, the present day Russian Federation uses the threat of nuclear weapons to secure its interests in the event of a regional conflict where other major powers might be involved, Sokov said.

The logic behind the Russian position, Sokov explained, is that it would escalate to de-escalate—forcing a potential enemy like the United States to back down in the face of a nuclear confrontation. As Sokov explained, the Kremlin essentially borrowed a page from the United States’ 1950s-era nuclear doctrine that was outlined in NSC-68. “Democracy and human rights are very nice things, but they’re not really worth even a single nuclear explosion,” Sokov said. “If you can credibly say: ‘you mess with us and you have—five, eight, ten nuclear explosions—well, the United States will probably refrain from protecting democracy and stuff like that.”

Oliker said that she has doubts about the Russian “de-escalation” strategy. Even if the Russian doctrine exists on paper, there is no evidence to suggest that the Kremlin has invested in the tactical nuclear weapons it would need to implement such a strategy. Nor is there any concrete evidence to suggest that the Russians have practiced using nuclear weapons during exercises—thus Moscow seems to be deliberately pursuing a strategy of ambiguity. “One of the strongest arguments against it is that if that is your strategy, surely you’d be investing in the weapons you would use for it,” she said. “Which would be on the one hand, non-strategic nuclear weapons if you really think that you are de-escalating in a local or regional conflict.”

Sokov agreed that there is indeed a disconnect between Moscow’s nuclear strategy and the weapons it procures. But Sokov argued that the Kremlin would use strategic nuclear weapons in a tactical setting—the range does not necessarily make a difference. Nonetheless, a disconnect has existed between Soviet/Russian strategy and procurement since at least the Khrushchev-era. Sokov said that he agreed with Podvig—the military industrial complex often drives Russian procurement policy rather than the other way around. “So why are we building this missile if we don’t need it?” Sokov said. “Because we can.”

Meanwhile, the prospects for further bilateral nuclear disarmament agreements appear to be bleak. Podvig makes the argument that for any future nuclear disarmament talks, conventional capabilities—such as long-range conventional strike, including hypersonic gliders and anti-missile defenses—should be on the table. The United States government is against including such weapons in arms control talks—which Podvig said is a mistake, because Russia might have an operational hypersonic glide weapon by 2018. “Any new agreement would have to include some kind of limit on missile defense or conventional capabilities and things like that,” Podvig said.

Sokov agreed—long-range conventional weapons such as cruise missiles are inherently dual-capable, he said. Sokov noted that new Russian weapons like the Kalibr-NK could hit targets across Europe from the Black Sea. Moreover, Russia is very rapidly catching up on missile defense capability and space weapons. As such, future arms control talks should include such weapons. However, he acknowledged that is unlikely to happen—Trump is unpredictable while Clinton will likely retain the current policy. “When we talk about the agenda for the next administration, these are the hard decisions to make,” Sokov said. “Do we accept the integrated approach that the Russians have been advocating for more than ten years or do we keep the old approach that we only address nuclear weapons.”