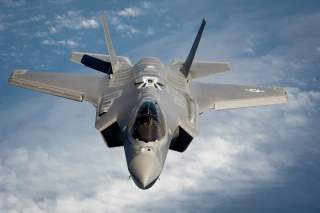 I read Australian MP Dennis Jensen’s article ‘Time to remember the Vietnam air war lesson’ in yesterday’s West Australian with interest. In essence, Dr. Jensen paraphrases the US Air Force experience in Vietnam as placing too high an emphasis on the technological promise of air-to-air missiles in the early stages, only to be brutally dragged back to the ‘fundamentals’ of close-in air combat in the form of maneuverability and bringing a gun to the fight.

Taken at face value, that narrative seems to suggest that the design of the F-35 Joint Strike Fighter is badly conceived, and that it ignores a vital lesson from history. If that analysis were true, it would indeed be a damning indictment on an aircraft Australia is about to spend well over $10 billion on. But there are two reasons to doubt Dr. Jensen’s conclusion. The first is that it’s not at all clear why a technological lesson from over 40 years ago tells us what to expect today. A look at pretty much any other modern electronics-based system compared to its ancestor from that time shows why. It’s a bit like studying copper wire telephony and drawing conclusions about the capabilities of smart phones.

The early air-to-air missiles were crude forerunners of today’s, were much more limited in their ability to lock onto a target anywhere but straight ahead, and were more prone to losing contact after launch. That might seem to suggest that a gun might be just as good, since you had to maneuver around to get a lock on in any case. But even so the missiles did pretty well, and they were progressively improved as the war went on. When they were introduced in 1972, later G-model Sidewinder heat seeking missiles substantially improved the ability to target off-axis and increased the hit rate compared to the ones first deployed into theatre in the 1960s.

As I wrote here recently, today’s air-to-air missiles are capable of being launched at a target from a much wider range of angles still. To a fair approximation, if you can see the other guy you can get a missile lock and launch. Modern within visual range air-to-air warfare isn’t a case of the best flyer in the most agile plane wins—it’s much more likely that everyone loses.

But the second reason to doubt the applicability to modern air combat of the Vietnam air war experience is that it seems to be mostly myth. To see why, look at the data in this table. It shows the kills by weapon type, including the later model Phantoms which had been fitted with an internal gun after lobbying from fighter pilots. (Earlier models had an external gun pod as an optional fit.) It’s true that the proportion of gun kills went up from 12% to 24%, but they were still well out-numbered by missile kills.

And if we need more evidence, the US Navy’s F-8 Crusader went to war with both internal guns and missiles—so there was no period where its pilot wanted a gun but didn’t have one—and still scored 80% of its successes with missiles. So the Vietnam evidence, based as it is on pretty primitive air-to-air missiles compared to today’s, is that the missile was the preferred weapon even then. The Crusader was dubbed ‘the last of the gunfighters’ and there was a good reason for that. The time of the gun in air combat had passed.

Those inconvenient truths shouldn’t be construed as a complete defense of the F-35 Joint Strike Fighter. The development of that aircraft has seen a series of design compromises made that have undoubtedly reduced the potential effectiveness of the technologies that have been brought together. Trying to make it all things to all services has seen the development drag on for a decade longer than planned, and the rest of the world hasn’t been sitting still. When the F-35’s fielded, the environment will be a lot tougher than it was when the aircraft was conceived, and its stealth and electronic warfare capabilities will both face some significant challenges. But whatever other problems it faces, the lack of a gun in close-in combat won’t be near the top of the list.