Donald Trump - Theresa May Meeting: The Special Relationship Is Back 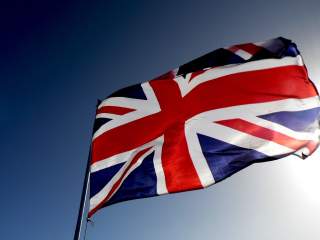 It will be the first visit to the White House by a foreign leader since Trump’s inauguration, and the meeting sends a clear signal that the Anglo–American alliance will be at the heart of strategic thinking in the new Trump administration.

The Special Relationship has been the world’s most powerful bilateral partnership for over 70 years and is fundamentally important to both Washington and London. It has played a vital role in the defense of the free world since World War II and has been instrumental in advancing economic freedom across the globe.

May’s visit comes seven months after the June 23, 2016 Brexit referendum in which the British people voted by a margin of 52 to 48 percent to leave the European Union (EU).

The Brexit vote allows Britain to chart a new course as a sovereign, free nation, able to implement free trade agreements with countries across the world as soon as the United Kingdom exits the EU in 2019.

The prospect of a free trade agreement between the United States and the U.K.—the world’s largest and fifth largest economies, respectively—will be central to the discussions between the president and the prime minister.

Their talks will also focus on revitalizing the North Atlantic Treaty Organization (NATO) alliance, the growing threat posed by Russia, Iran, and a host of Islamist terrorist groups, ranging from ISIS to al-Qaeda, and the wars in Syria, Iraq, Afghanistan, and Libya.

The Trump-May meeting is a valuable opportunity both to project robust U.S.–U.K. leadership on the world stage and to advance the Special Relationship. The Trump administration should make a U.S.–U.K. free trade deal a foreign policy priority.

There is strong support on Capitol Hill for a free trade agreement with the United Kingdom, a key example being the United Kingdom Trade Continuity Act introduced by Senators Mike Lee, R–Utah, and Tom Cotton, R–Ark.

Britain’s decision to leave the EU is a hugely positive development and offers tremendous opportunities for Britain and the United States to strengthen their partnership.

A supranational EU that stifles sovereignty and the freedom of European allies to act independently is not in America’s national interest, and the White House should not back the mantra of “ever closer union” across the Atlantic.

It is in America’s interest to cultivate ties with key national capitals rather than lending its support to a crumbling European project. A strong and enduring transatlantic alliance rests upon the bedrock principles of self-determination, economic freedom, and mutual defense.

At the same time, the new U.S. administration should rethink American support for the EU and conduct a National Security Council-led study on how best to advance U.S. interests in Europe.

The NATO alliance remains vitally important to the defense of the West, even more so with the resurgence of Russian militarism and aggression under President Vladimir Putin.

The U.S. and U.K. are NATO’s biggest contributors and the backbone of the alliance. Washington and London must work together to reenergize NATO, calling on European allies to spend more on defense, while at the same time rebuilding their own militaries after years of defense cuts under President Barack Obama and previous British prime ministers.

The United States and Great Britain must send a clear signal to Moscow that any attempt to violate the sovereignty of NATO member states in the Baltics or eastern Europe will be met with military force through the alliance’s Article 5 commitment, which stipulates that “an armed attack against one or more [NATO members] in Europe or North America shall be considered an attack against them all”

It is also important that the Trump administration oppose any efforts by the EU to create a competing EU defense identity or an EU Army. It should work to ensure that NATO retains its primacy over all Europe-related defense matters.

Trump’s decision to bring back Sir Jacob Epstein’s bust of Sir Winston Churchill on the day he entered the Oval Office speaks volumes about the willingness of the new U.S. administration to work closely with its British allies.

After eight years of the Obama administration’s lukewarm approach to Great Britain, the Trump presidency is in a strong position to revitalize the Special Relationship. It is a partnership that rests upon deep-seated cooperation in defense, trade, intelligence, and a host of other areas stretching from educational exchange to the arts.

As former British Prime Minister Margaret Thatcher once remarked, “the special relationship does exist, it does count and it must continue, because the United States needs friends in the lonely task of world leadership.”

Its revival and renewal over the next four years will strengthen the security of the West, advance prosperity on both sides of the Atlantic, and enhance America’s ability to lead the free world.