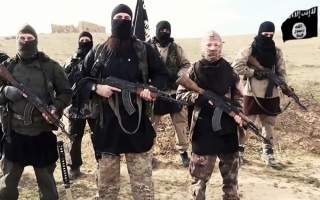 As US, Iraqi, and Iraqi and Syrian Kurdish forces close in on Mosul and Raqqa, talk is increasing about the imminent defeat of the Islamic State (ISIS, ISIL, Daesh). During the first presidential debate, former Secretary of State Hillary Clinton said, “We’re hoping that within the year, will be able to push ISIS out of Iraq, and then, you know, really squeeze them in Syria.”

Abu Bakr al-Baghdadi, the self-declared caliph of the Islamic State, has become the chief symbol of the Islamic State. While US drone strikes regularly target Islamic State commanders and murderers like “Jihadi John,” the Kuwaiti-born British citizen who starred in numerous execution videos of journalists and foreign aid workers, Baghdadi would be the biggest prize for any US drone operator or Special Force soldier. For President Obama to be able to announce the death of Baghdadi in his last weeks in office would change the political landscape and salvage a foreign policy legacy undercut by the rise of the Islamic State.

After all, the successful May 2, 2011 elimination of Al Qaeda leader Osama Bin Laden reinforced President Obama’s national security credentials against a chorus of criticism about his judgment and counter-terror management. Within days, a dozen prominent journalists declared Al Qaeda dead and the United States the victor and were rewarded for their statements with a private Oval Office lunch.

Let us hope, however, that Baghdadi does not experience as quick a dispatch from the world of the living as Bin Laden. After all, the Islamic State’s collapse will not end the damage Baghdadi wrought.

What better way to undercut the millennialism at the root of Baghdadi’s caliphate and rhetoric than to allow him to rot away in a prison cell, proof that the caliph wears no clothes?

Here, the case of Ernesto “Che” Guevara is instructive. While the CIA helped the Bolivian government track him down and kill him, almost 50 years later, the mass murdering psychopath has become a symbol for social justice and an idol for college youth worldwide. Compare his case to Abimael Guzmán, head of the Sendero Luminoso (Shining Path), who once bragged that the communist revolution for which he fought in Peru would cost one million lives. In 1992, however, Peruvian forces captured Guzmán. Today, he rots in prison, largely forgotten.

Video of former Iraqi President Saddam Hussein, disheveled anddragged from his spiderhole was an image that burst the aura the Iraqi leader had cultivated for decades. While Bin Laden famously said that “everyone loves the strong horse,” Saddam Hussein’s capture showed him to have become little more than a carnival pony.

What better way to undercut the millennialism at the root of Baghdadi’s caliphate and rhetoric than to allow him to rot away in a prison cell, proof that the caliph wears no clothes? A picture is worth a thousand words, but the image of Baghdadi in shackles appearing before his victims would be worth more than thousands of self-righteous State Department tweets and tens of millions of dollars spent on “countering violent extremism” programs. Capture Baghdadi and let him spend decades in a cage as a symbol of his ideology’s defeat.