Dreams from a Deal with Iran 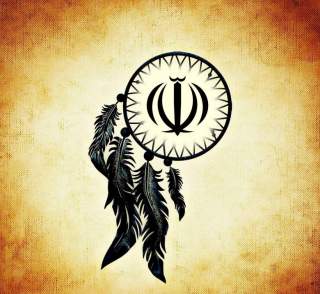 The other night we had a dream. We dreamed that the negotiations with Iran had produced a comprehensive agreement that not only credibly contained the country’s pursuit of nuclear weapons forever but also effectively checked its regional ambitions. Israel’s Prime Minister Netanyahu came close to endorsing the agreement, taking credit for having pressed hard for some of the limitations that the agreement enshrines. President Obama received congratulations from almost every corner of the earth and even Iran’s Supreme Leader Ali Khamenei made a dramatic announcement of support, stressing that the agreement was a turning point in his country’s history. He noted that the deal represents the ultimate failure of those who have sought all along to topple Iran’s regime and that it would in no way diminish Iran's deeply held suspicions of the "Great Satan". Khamenei claimed that the agreement signed leaves his country as the acknowledged regional power and critical global power. He announced the appointment of the Head of the Revolutionary Guards’ Quds Force Genaral Qassem Suleimani as his personal envoy to promote a peaceful settlement in Iraq, Syria, Lebanon and Yemen, implying that even a long-term armistice with Israel could be part of this initiative, provided the "Zionist entity" would discontinue its “creeping annexation” of the West Bank and its “aggression” against Gaza.

In the wee hours of the morning very noisy garbage trucks outside our respective homes woke us up to the realization that this was a mere fantasy – that the achievable deal yielded neither a verifiable Iranian commitment to restrict its nuclear endeavors to the parameters of a peaceful energy program nor a mechanism that reliably prevents Iran from funneling the enormous unfrozen funds provided to it to all the wrong causes. Moreover, Iran has already begun to set limits on the access rights of the IAEA to its facilities, to violate with impunity the ban on arms transfers to and from Iran, and to create “facts on the ground” ahead of the deal's entry into force. Within 10-15 years it was to become a legitimate nuclear threshold state, weeks away from nuclear weapons. And Iran’s Supreme Leader continued his virulent attacks and relentless diatribes against the U.S. and the Israel – the greater and smaller Satan respectively.

The following night we had another dream. In it the negotiations yielded a highly flawed deal, one that would expire after only seven years and that contained few real limitations on Iran's nuclear fuel cycle and weaponization activities. It also lacked any extraordinary verification arrangements. Iran was not required to convert or dispose of much of its enriched uranium stockpiles, or to mothball more than a third of the centrifuges at its disposal. It was permitted to operate a third of its spinning centrifuges in the relatively immune Fordow facility near Qom, and to sustain the Arak heavy water reactor with only symbolic (and reversible) modifications. Moreover, the measures put in place to monitor the mothballed centrifuges seemed almost amateurish. Astonishingly, no meaningful restrictions were placed on Iran’s ability to research, develop, test and eventually deploy much more advanced centrifuges, thus making the limited quantitative restrictions placed on its existing centrifuges almost meaningless.

The President defended the flawed deal, arguing that the sanctions regime was already under duress, making this deal the only viable alternative to war. He further submitted that the deal would encourage the moderates within the Iranian leadership, and would pave the way for Iran to play a more constructive regional role, first and foremost in Syria. Finally, the President reiterated the assurance that U.S. would, if the need arose, employ all the means at its disposal to prevent Iran from acquiring nuclear weapons.

Numerous experts and Iran buffs came out in support of the agreement, hailing the diplomatic breakthrough as far superior to going to war, and arguing in favor of the timely substitution of sanctions for an agreement before the former would inevitably crumble. They noted that the concessions made were all warranted given the ability of the U.S. and the IAEA to monitor the agreement and the U.S. to act in case it would be violated. They further emphasized what they saw as new opportunities the agreement opened for mobilizing Iran to fight ISIS as well as its contribution to the strengthening of the so-called “moderates”, led by President Hassan Rouhani and Foreign Minister Javad Zarif.

Well, at least this dream had a happy end. The Obama administration's claims, that the deal was the best that could be obtained under the circumstances and that the alternative was an inevitable slide toward war, were universally rejected. Palpable public outcry erupted over the provisions of the agreement – that in exchange for measures that would only extend Iran’s nuclear “breakout out time” by a mere two to three months, the P5+1 consented to opening the doors of hell by releasing tens of billions of dollars of frozen assets that Iran could immediate funnel to murderous organizations like Hamas and Hezbollah. A very large number of high ranking retired U.S. military officers and other former defense and intelligence officials were to uniformly testify that the agreement reached was an unmitigated disaster.

Responding to this criticism, no less than twenty-six Democratic Senators – twice the number needed – joined their Republican colleagues to over-ride President Obama’s veto of the Resolution to Disapprove tabled earlier by the Senate Majority Leader Mitch McConnell (R-KY). Reluctantly, the administration announced that although Iran was unlikely to agree to go back to the negotiations table, the U.S. was prepared to do so. Astonishingly America’s other five partners went along and suspended all plans to implement sanctions relief and the unfreezing of assets.

Faced with this new reality, and desperately needing sanctions relief, the Islamic Republic announced that it, too, was prepared to go back to Vienna or Geneva and reopen a number of the issues already codified in the JCPOA but which have since proved to be highly objectionable in the U.S. In these renewed talks Iran relented, and a near perfect deal emerged.

But the sigh of relief on averting the worst outcome did not last long. Utterly exhausted from the previous dream we fell asleep again, this time experiencing an only modestly less troubling dream. Twisting and turning in our beds the rest of the night, half awake and half asleep, we dreamt that President Obama has just proudly announced the successful attainment of the landmark JCPOA. While the administration has immediately launched a campaign extolling the virtues of the agreement reached, closer scrutiny revealed its various shortcomings. That said, this agreement was unquestionably far superior to the one appearing earlier in our nightmare, not nearly bad enough to make it easy to build a consensus against it. The JCPOA, supported by many former American diplomats and non-proliferation experts and rapidly endorsed by the UNSC, was nonetheless rejected by comfortable majorities in both houses of Congress, largely along partisan lines. But the Congressional majority was not large enough to over-ride President Obama’s veto of the Resolution to Disapprove. Ultimately, however, the Congressional rejection hardly mattered. All of America’s partners to the P5+1 demurred, and the deal went into effect as originally stipulated, 90 days after the passage UNSC resolution. Most sanctions on Iran were removed shortly after the IAEA stipulated that Iran responded fully to all its pending questions. And all but the U.S. rushed to Teheran to seize on the business opportunities created by the insatiable demand of Iran’s population for investment in infrastructure and new capital goods.

President Obama, sulking and true as ever to his convictions, stretched his executive power to the maximum to honor the U.S. side of the deal by easing all the sanctions on Iran he could, including the highly meaningful ones pertaining to banks transfers to and from Iran. Meanwhile the government of the Islamic Republic got away with voluntary and eclectic implementation of its obligations under the JCPOA.

The rooster's call in the neighborhood finally appeared to wake us up but only to realize that the latest scenario was hardly a dream – it might still materialize. So throughout the hot August day we continued to sweat: Was this outcome inevitable and could we have made a difference? Supposed we had been called to testify in front of Congressional foreign relations and armed services committees ahead of the vote on the deal? Where would we have come down on the balance sheet between the agreement’s advantages and apparent flaws? How would we have responded to Senator Tim Kaine’s (D-VA) poignant question, if there was a feasible alternative – a deal that Iran might accept and which would buy more than 10-15 years? And what if Senator Ed Markey (D-MA) would ask us what level of confidence would we have that a military attack on Iran’s nuclear installations would buy us more than 10-15 years? Conversely, what if the inquisitive Senator John McCain (R-AZ) would inquire whether vigorous U.S. intelligence monitoring on Iran's nuclear activity coupled with the sustained threat of a U.S. military attack and daring covert actions could not have reliably kept Iran from crossing the nuclear threshold for many years to come, just as they have done so since 2003, and without making so many concessions to Iran?