Drilling for Oil in the Arctic: An Environmental and Climate Nightmare? 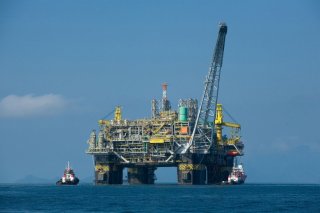 On Monday, the Obama administration gave Shell conditional permission to move forward with Arctic oil drilling. The New York Times captures a common sentiment well in identifying this as a “tricky intersection of Obama’s energy and climate legacies”. The reality, though, is that this intersection isn’t nearly a fraught as many assume: decisions about offshore drilling in Alaska are indeed difficult, given the local economic and environmental stakes involved, but climate isn’t a central factor.

I’m ambivalent when it comes to federal decisions on offshore Arctic drilling. The Arctic is a special place. I saw that first hand when I visited with the Coast Guard in 2008 – a trip on which I also learned how challenging oil spill response there can be. (I also learned that a buoy tender isn’t the ideal place to spend your first night ever at sea.) Opposing offshore Arctic oil development is a reasonable position. At the same time, with the right precautions, spill risks can be substantially reduced, though inevitably not eliminated. And there’s a federalism issue (perhaps not in the legal sense but in a more basic one): it’s easy to be strident in taking positions from Washington, DC, but this is a much more intimate economic and environmental issue for Alaskans – so presumably their preferences should have some special say.

Navigating these tradeoffs is difficult. But throwing climate change into the mix as a central consideration lacks empirical foundation. (Perhaps that’s why that Times article doesn’t follow through on its headline’s promise.) Yes, at a global level, more oil production means more oil consumption, and hence greater carbon dioxide emissions and worse climate change. But more oil production in one place generally means less oil production elsewhere – that’s how markets and prices work – which substantially blunts the effect. Bill McKibbendrills home the conventional wisdom in a Times op-ed, blaming Obama for “climate denial” by claiming that “you can’t deal with climate on the demand side alone”, backing that up by citing a study that was unable to identify any “climate-friendly scenario in which any oil or gas could be drilled in the Arctic”. True! Also true: that claim was based on looking at a whoppingtwo scenarios. (From the original: “none [of the oil or gas] is produced in any [Arctic] region in either of the 2C scenarios before 2050”.) And, most important, the study never asked what would happen to emissions if the Arctic oil were put off limits. Had it done so, it would have found more oil production elsewhere, and minimal net emissions impact. What the study really found – and what is entirely reasonable – is that if the world gets serious about reducing emissions, oil prices will fall, and companies won’t want to develop most Arctic oil anyhow. That points to demand-side policy, denigrated by many who are painting the Alaska decision as climate apostasy, as critical.

There is one theoretical exception. The United States, Saudi Arabia, Russia, Iran, and a bunch of other oil producers could team up to jointly restrict oil production. That prospect, of course, makes U.S.-China-India-Europe cooperation to reduce emissions through demand-side policy look like a cakewalk by comparison.

Navigating the local economic and environmental tradeoffs involved in Arctic oil development is difficult enough without turning every decision into a climate litmus test. And getting serious on climate change is plenty tough without pretending that playing fossil fuel whack-a-mole whenever possible will be effective in reducing emissions. We’ll have better policy, and better outcomes, if we don’t make every difficult energy and environment decision about climate change too.