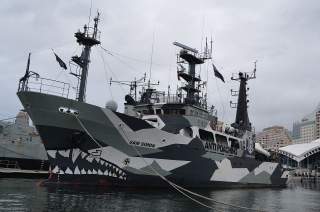 Diplomacy has reportedly been the favorite game of former Secretary of State Henry Kissinger and the late President John Kennedy.  It is not a game of chance relying on rolling of dice or the randomness of picking up a card from a stack or two.  Instead, it is reliant on the strategic vision of the player and their ability to negotiate with other players to advance units, take territory, and build up their armies or navies.  It requires diplomatic skill to know when to advance, when not to, and how to best position one’s country.  The traditional set is based on a map of Europe in Spring 1901, a point of comparative equivalent powers among European nations.  It is a game of competing interests, survival of one’s nation, and the ability to negotiate through those interests.  It is a game for realists, a game at which uber-realist Otto von Bismarck would have excelled.  It should also not be surprising that Diplomacy is also one of the games in Paul Watson’s home study.  The games near Watson’s desk and the books on his shelves reflect an understand of strategic vision for a movement, negotiating agreements on capacity building with nation states, and establishing a fleet to provide direct action when necessary.

Watson has been tied to the sea his entire life, having been raised in a coastal Canadian town and serving in the Canadian Coast Guard and as a merchant mariner, though he ironically finds his home nestled on a quiet mountainside far from the sea.  He founded the Sea Shepherd Conservation Society in 1978 after leaving the environmental organization Greenpeace.  He was down to his last $100 which he used to fly to a meeting with author and animal rights activist Cleveland Amory whose interest with protecting seals from hunting in Canada.  Watson told him that required a ship.  “I can find a vessel,” Watson told Amory, which he did for $120,000.   “In two weeks I had a Hull trawler,” Watson recounts from his mountainside home, oddly far from the ocean on which he’s spent most of his adult life.  “I had no money to run it so I partnered with Dr. Bill Jordan and the Royal Society for the Prevention of Cruelty to Animals for fuel.”  In January 1979, the first ship arrived in Boston and departed for the seal hunt in March.

Following this, Sea Shepherd headed to Bermuda for the pirate whaler SIERRA which had been condemned by the International Whaling Commission in 1978.  The ship was typical of ocean-going: owned by one country, flagged by another, and an international crew.  Even Sea Shepherd’s ships have this model.  Watson found the SIERRA.  A People Magazine article from that era recounts the incident: “With 18 tons of concrete in her bow, Sea Shepherd was sure to survive, but 14 seamen left anyway. Watson and two others put to sea in a vessel that normally requires a crew of eight. Within minutes Shepherd had crossed Sierra’s bow, sheared off her harpoons—then wheeled around and hit her square amidships, ripping up deck and damaging the port cargo hold.”  The incident was condemned by both the local authority (Portugal) and the IWC.  Such has been the history of Sea Shepherd – direct action for violations and criticism for taking action.

“Finding SIERRA gave us momentum,” Watson explains, but as a new organization it had its challenges.  Volunteers had to pay $1,000 to crew the ship (today they only pay for their transportation to the ship.) When the ship got to Panama, it had no money to pay the canal fee so Watson gambled at the Washington Hotel casino and won.  At a later stop in Alexandria, Virginia, he got donated fuel from a concrete tank but with no ability to extract it other than manually, the crew transported 30-40 tons of fuel via a bucket brigade.  Nearly forty years later, the global organization benefits from small donors to Hollywood millionaires and profits from merchandizing.  Such funding as enabled to empower the once cash-strapped organization to one that can now fund the construction of new ships such as the OCEAN WARRIOR.

According to Watson, Sea Shepherd is not just an organization, it’s a movement.  But if it is an organization, it is very decentralized.  Although there is a Sea Shepherd Global, current and proposed organizations under the Sea Shepherd Conservation Society umbrella apply once they have agreed to three rules: 1) use aggressive non-violence but nothing n be done to risk killing or injuring someone; 2) do not compromise or make deals; and 3) do not invest money into promotion and fundraising.  Applicants then propose their specific mission to Sea Shepherd Global.  Therefore we see organizations such as Sea Shepherd France, Sea Shepherd Australia, Sea Shepherd Netherlands, etc.  “Each country’s entity is self-reliant,” Watson explains.  Each makes its own decisions, has its own Board of Directors, raises its own money, and determines its own campaigns.  Within Sea Shepherd, Watson encouraged organic leadership, “someone who grows into the position, not because I put them there.”  All told, Sea Shepherd organizations have less than thirty full time employees and rely heavily on its hundreds of ship and shore-based volunteers.

Watson is media-savvy and his ability to reach out to new audiences in employing social and traditional media that rival a modern presidential campaign.  Sea Shepherd gained notoriety with Animal Planet’s reality-television series “Whale Wars” which followed the annual campaigns of the groups increasing fleet taking on Japanese whaling vessels.  A new series co-produced by Robert Redford premiers December 4 on Animal Planet.

Sea Shepherd’s founder is not without critics or in claims through the judicial system against both Watson and the organization.   But in reality, as in the game of Diplomacy, allies are won and lost during the progression of the game.  Whether right or wrong in how they play, every country – or every organization - plays out of their own interest in the pursuit of victory.

End Games Part I: There Aren’t Always Enough Fish in the Sea

Claude Berube has taught in the Political Science and History Departments at the Naval Academy.  He has co-authored three non-fiction books and writes the Connor Stark novels (Naval Institute Press.)  The views expressed are his own and not those of the Naval Academy or Navy.