Exposed: How Warfare Is Changing in the 21st Century 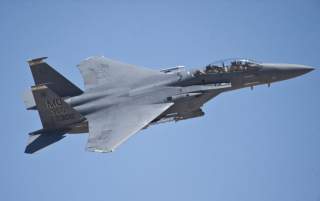 Warfare is changing, and not just in the most obvious and visible ways. Yes, there are new technologies, newly assertive foes, and new ideologies. But to fully understand how it’s evolving, you must examine the broader context in which we are fighting.

There are tectonic shifts underway, gradual yet persistent, that we rarely think about as being a part of war. Yet they directly affect what our armed forces face on the battlefield, now and into the future. Here are two underappreciated dimensions of change.

First, mobilization. There’s been a transformation in the means and ends of mobilization—i.e., how we tap into the popular passion that is the engine of war. This point isn’t new: I first wrote about it ten years ago, calling it ‘cybermobilization.’

To see the contrast, it helps to look at the late 18th century, when Carl von Clausewitz was writing On War. Shortly before the French Revolution, the printing press was deregulated. As a result, there was a vast increase in popular access to information, facilitating the mass uprising that drove conscription, fed the armies of Napoleon, and helped him to win. Armies ballooned by four or five times. Watching his side lose, young Clausewitz was keenly aware of the role of primordial violence, part of war’s paradoxical trinity whose effects were unfolding before him.

A similar dynamic has been underway for years now. There’s been a dramatic shift in access to information, including an increase in public access, a sharp reduction in cost, a growth in frequency of messages, and an exploitation of images on the Internet. As a result, tapping into today’s popular passions has become easier: many types of actors, state and non-state, can build a mobilizing argument that manipulates diaspora communities and shapes an identity.

When I first wrote about it, I was unsure whether the positive or negative aspects of access to information would prevail. Unfortunately for the West, the consequences have been disheartening. The initial spread of democratic ideals, spurring democratic uprisings such as the Color Revolutions and the ‘Arab Spring,’ has been replaced by a manipulation of messages by non-state actors and states that suppress free speech.

While I have faith in the long-term power of democracy, the pattern in the short-term has been political polarization and the growth of a powerful ‘grey’ world of criminal networks, gangs, terrorist groups, human traffickers, warlords, insurgents, sectarian killers, and state-supported thugs and proxies.

That’s bad news for those who value stability and predictability. Actors of all types can reach broad populations, to form new identities, mobilize them to join a cause, indoctrinate or inspire them to carry out violent attacks at home. Authoritarian states accustomed to manipulating audiences are now also benefiting.  What we call ‘hybrid warfare’ is but a symptom of this process.

The second key dimension of change is in innovation. In the 20th century, military technological innovation was all about states, armies, and complex systems. The private sector typically drew from major systems first developed for the military. Now the process is reversed. Disruptive changes come from innovations not even within the scope of the military—yet keenly affecting what armies do, including whether or not they win.

While Secretary of Defense Ash Carter expresses concern that America is losing its technological edge, I disagree. We’re not losing it: we gave it away years ago.

The diffusion of critical technologies driving this change occurred by deliberate U.S. government policy in the 1990s. Publicly financed basic and applied research from the 1960s, 1970s, and 1980s drove the technology boom of the 1990s. With federal government support, ARPANET became the Internet. Tax dollars developed the Global Positioning System. The Google Search engine emerged from a National Science Foundation grant.

Apple now earns some $40 billion a year, but few realize that all of the major components of the iPhone derive from U.S. government programs, including the microchips, the touchscreens, and Siri—the voice activated system. There are many more examples.

The U.S. federal bureaucracy was a net exporter of key information technology throughout the 1990s. Now it’s a net importer of technology.

The process has shifted from consolidating power in the hands of a few, to sharing it—or to be more precise, selling it—to the masses. Today the most important advances in 3D printing, robotics, information technology, artificial intelligence, and many other emerging technologies come from the private sector, to be harvested by U.S. and allied militaries (or not). And it’s not just the U.S. private sector that’s charging ahead: building on the foundation that we shared decades ago, sometimes the most important developers of new technologies are in China, India or Europe.

Taken together these two dimensions of change (mobilization and innovation) mean that the causes of war are more unpredictable, and lethal arms are more accessible to a wider range of enemies. They are affecting who fights, why they fight, where they fight and with what means.

So what can be done about it?

First, we must confront the process of mobilization, including attacking the message and avoiding the tendency to help the enemy mobilize. When we trumpet the latest ISIS claim of ‘credit’ for attacks they had nothing to do with, for example, we are lionizing them and helping them draw recruits.

Second, rather than leave innovation mainly to the private sector, U.S. and allied governments must invest more in the kinds of basic research and development that spawned all of this creativity years ago.  There is no reason we cannot recapture the momentum we had then. But first we have to stop deluding ourselves that the current situation is sustainable.

Third, we must use our own existing technological innovations more effectively, to help us more than they help them. Why are ISIS and Putin’s Russia giving us lessons in how to use them? Only by breaking out of simplistic 20th century arguments pitting free speech against security will we be able to develop a clear-eyed understanding of the broader historical threat and a willingness to work together to meet it.