Exposed: The Shocking Amount of Taxpayer-Financed Loans That Have Gone to Failed Businesses 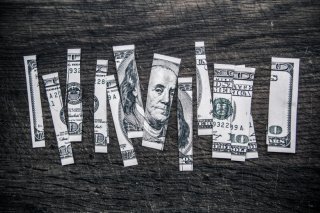 Small businesses are America’s backbone. They employ more than half of America’s workforce, and for every large business (more than 500 employees), there are 1,500 small ones.

Most small business owners—those who risked their own money to start their business—would be shocked to hear that the government’s Small Business Administration has written off $17.5 billion dollars of taxpayer-financed loans and loan guarantees to 160,000 failed businesses since 2000.

Starting a small business is costly. There are mountains of rules and regulations that take time and money to comply with, as well as significant physical costs for a building, equipment, and employees. Often those costs can’t be recouped if a business fails.

Banks don’t give loans to just any entrepreneur that walks in the door, however. They require a credible business plan, demonstrating how the business will be able to prosper and pay back its loan, and often times, lenders require borrowers have significant financial assets outside the loan.

Some would-be small businesses don’t have credible plans or financial assets and they can’t get loans from the private sector, at least not at interest rates that they can afford. But they may qualify for an affordable loan or loan guarantee from the Small Business Administration.

The Small Business Administration is tasked with helping small businesses that can’t, for whatever reason, get financing from the private sector. But if the private sector won’t lend to a business, there’s usually a good reason. The lender must think the risk of failure outweighs the potential profit from the loan.

With the government’s Small Business Administration loans, there effectively is no risk to the agency because the cost of a failed loan doesn’t come out of its operating budget, but is instead passed on to taxpayers.

If a private bank had to write off $17.5 billion worth of bad loans, it would almost certainly go out of business, but not the Small Business Administration. It can just ask Congress for more money when it incurs big loan losses.

That’s why many of the loans the Small Business Administration has made seem completely irrational. According to Adam Andrzejewski, CEO of Open the Books:

- “SBA bankers didn’t even have the foresight to see the coming digital electronic revolution” and lent $412 million to paper and printing businesses.

- “The SBA put $25 million into travel agencies and reservation firms while the whole world moved online to Orbitz and Priceline.”

Moreover, many of the Small Business Administration’s loans don’t represent the small-scale, mom-and-pop loans the administration claims to support. According to the Open the Books report:

- Many large corporations also got in on taxpayer dollars through their franchises. Some of the SBA’s significant loan defaults include: Choice Hotels, Holiday Inn, Comfort Inn, Days Inn, Quiznos, and Cold Stone Creamery.

While there’s nothing wrong with upscale businesses or well-known franchises, it’s hard to believe these businesses couldn’t obtain loans from the private sector, without taxpayer subsidies.

The government should not be in the business of picking winners and losers, using taxpayer dollars to finance businesses deemed least likely to succeed by the private sector.

The government should instead encourage small business formation and growth by reducing regulations and costs across the board, creating an equal—and easier—playing field for all businesses.