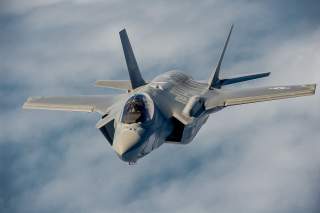 Conversely, an F-35 could use its long-range sensors and "sensor fusion" to identify airborne targets which the F-22 may be best suited to attack

"The F-22 is designed to fly in concert with F-35. Software Update 6 for the F-22 will give the Air Force a chance to link their sensor packages together. Sensors are a key component to its capability. As the F-22 gets its new weapons on board – you are going to need to upgrade the sensors to use the new weapons capability," John Cottam, F-22 Program Deputy, Lockheed Martin Aeronautics, told Scout Warrior in an interview.

An essential software adjustment, called “Update 6,” is now being worked on by Lockheed Martin engineers on contract with the Air Force. Work on the software is slated to be finished by 2020, Cottam added.

"The backbone of this upgrade also includes the installation of an open systems architecture that will allow for future upgrades to be done faster and at less expense than could be previously accomplished," 1st Lt. Carrie J. Volpe, Action Officer, Air Combat Command Public Affair, Joint Base Langley-Eustis, Va., told Scout Warrior.

Overall, the Air Force operates somewhere between 80 and 100 or more F-22s. Dave Majumdar of The National Interest writes that many would like to see more F-22s added to the Air Force arsenal. (Story HERE). For instance, some members of Congress, such as former Rep. Randy Forbes, R-Va., have requested that more F-22s be built, given its technological superiority.