F-35: Soon To Be The Ultimate Tank Killer? 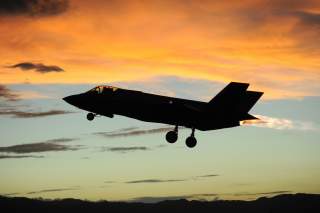