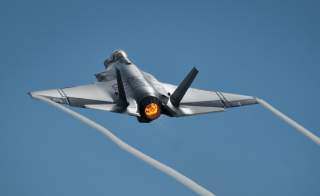 Momentum is building behind US legislation which would put a kibosh on an agreement to send Turkey F-35 jets, but Ankara says it won’t let the deal get squashed without a fight.

And while Turkish officials have warned that they will take retaliatory measures if Washington doesn’t fulfill orders of the stealth fighter, the first deliveries of which are expected in June, Ankara is reportedly in talks with Russia to prepare a backup option.

Yeni Safak news is reporting that Turkish officials have begun discussions about the possibility of purchasing Russia’s stealth, fifth-generation SU-57 fighter jet, should Washington renege on the F-35 deliveries. The report did not specify the level of the discussion and Ankara has yet to comment officially on the matter.

The SU-57 is still under development with the first deliveries to the Russian Air Force not expected until 2019.

A version of the US bill which could potential block sales to Turkey has been passed in the House of Representatives and a separate version was passed in Committee in the Senate, but still faces a full vote. Both versions would then need to be reconciled before a compromised bill could come to the floor for a vote.

Among other issues of concern, lawmakers cited the Turkish purchase of Russian S-400 surface-to-air missiles in the legislation.

“There is tremendous hesitancy (about) transferring sensitive F-35 planes and technology to a nation who has purchased a Russian air defense system designed to shoot these very planes down,” Senator Jeanne Shaheen was quoted by Reuters as saying last week.

Reports surfaced over the weekend that Israel has been voicing concerns over the delivery of F-35s to Turkey, following Israel’s announcement that it has become the first country to use the stealth jet in combat.

According to Haaretz, talks between Israel and the US have centered around software that allows “upgrading” of F-35 capabilities. Sources confirmed that the issue is part of ongoing negotiations related to the deal with Turkey.

Israel is scheduled to receive the software in July, and officials are worried that it would be provided to Turkey as well. The discussions with Israel are reportedly not directly related to the criticisms coming from the US Congress.