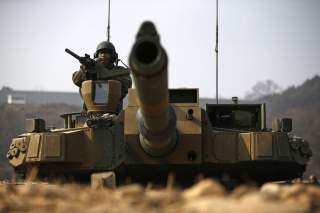 Other than North Korea’s massed dug in artillery forces, Pyongyang’s enormous and well training special operations forces are the most dangerous threat facing the United States and the South. According to U.S. military sources, Pyongyang’s special operations troops are well trained and well equipped and pose a significant danger.As Washington ratchets up the pressure on North Korea—or potentially launches a preemptive strike—the Kim regime in Pyongyang has options to strike back hard at the United States and South Korea using purely conventional means.