FACT: The KGB Shipped a Sidewinder Missile by Mail to Moscow 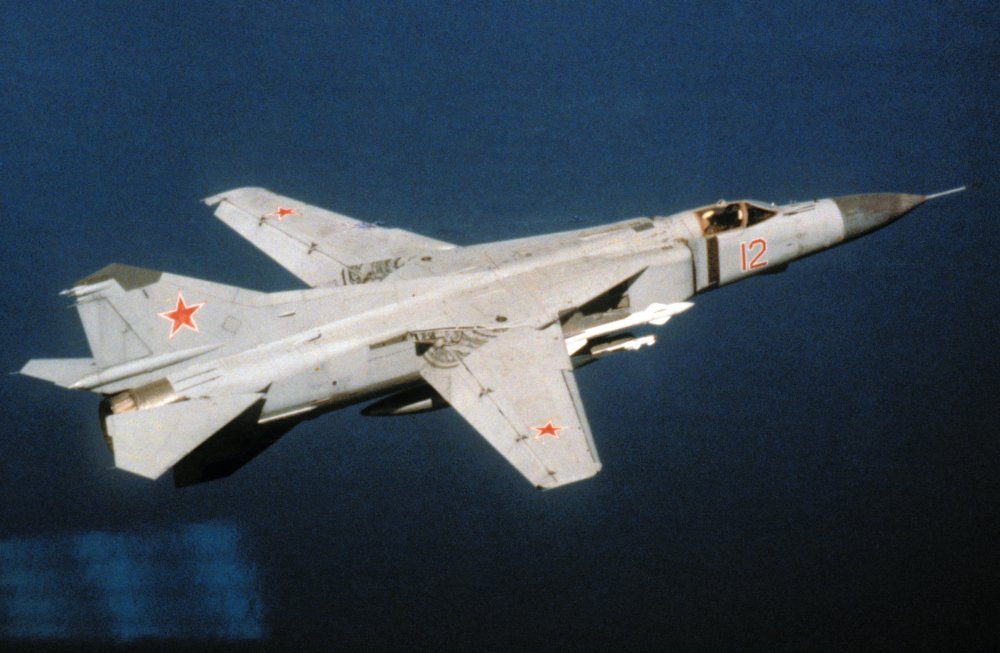 That the Soviet-made R-3S air-to-air missile — better known in the West by its NATO-designation AA-2 Atoll — is a copy of the AIM-9B Sidewinder, originally developed and manufactured in the USA, is relatively well-known.

How it came to be … isn’t so well-known. It involved the mail.

When the PLAAF took the skies, the Nationalist scrambled their own interceptors. Fierce clashes resulted.

Although outnumbered, the Taiwanese pilots achieved a positive kill-to-loss ratio. However, they found no solution for reaching the PLAAF’s MiG-15s when these operated at their maximum ceiling, several thousand feet higher than that of the Sabers.

Correspondingly, the Pentagon decided to equip some of the ROCAF’s F-86 with its then brand-new and still super-secret weapon, the infrared-homing air to-air missile with the designation AIM-9B Sidewinder.

The Americans took 40 Sidewinders and 40 launching rails directly from U.S. Marine Corps stocks and sent them – together with a party of five experienced technicians from Marine Fighter Squadron 323 – to Hsinchu air base in Taiwan.

Once there, the VMF-323 team jury-rigged 20 Taiwanese Sabers with the launch rails they brought with them. While an improvisation in every sense of that word, this installation worked — and at least four of Sidewinder-armed Taiwanese Sabers soon saw combat.

On Sept. 24, 1958, 48 of the ROCAF’s F-86Fs clashed with up to 126 MiG-15s and MiG-17s over Shantou. Deploying their Sidewinders from – for those times – the very long range of 3,000 yards and from positions well below the MiGs, the Taiwanese achieved major surprise. They claimed a total of nine confirmed and two probable kills for no loss of their own, six of these by Sidewinders.

One of MiG-17s hit by Sidewinders actually survived the clash – and returned to its base with the missile still embedded in its fuselage. The Chinese carefully dismantled the weapon — which had failed to detonate — and quickly forwarded it to the USSR for further analysis.

Once in the USSR, the captured Sidewinder was shown to the government design team led by Ivan Toropov. In the words of one of the Russian engineers, it represented “a university of missile design” for them. Impressed by the simplicity and effectiveness of the U.S.-made weapon, the Soviets decided to reverse engineer it, and launch their own production in 1960.

Fewer than 10 years later, the R-3S was in service with around 20 air forces around the world. However, air wars in the Middle East and in Southeast Asia proved that the weapon was rapidly becoming obsolescent. Thus, the Soviets were most delighted to receive the next AIM-9 variant – this time by post, and directly to Moscow.

Exploiting thick fog and careless guards, Manfred Ramminger – a KGB-agent in West Germany – entered Neuburg air base during the evening of Oct. 22, 1967. Together with his Polish driver Josef Linowski and German F-104 Starfighter pilot Wolf-Diethard Knoppe, he stole an operational AIM-9 from the local ammunition depot and transported it down the entire runway on a wheelbarrow to his Mercedes sedan, parked outside the base.

The 2.9-meter-long missile proved unwieldy. Ramminger broke the rear window and covered the protruding part with a carpet. In order not to attract attention of the police, he then marked the protrusion with a piece of red cloth, as required by law.

Reaching his home in Krefeld without any disturbance, Ramminger then patiently dismantled the Sidewinder. He kept the fuse for himself and personally handed it over to his KGB contact.

Finally, he packed all the pieces into a box and then brought it to the nearest post office, from where he shipped it – by air mail – directly to Moscow. In order to avoid any problems with the German or Soviet customs, Ramminger declared the content of the parcel as being for “low-grade export.”

Air transportation services were making mistakes back then at least as often as they make them nowadays, and thus Ramminger’s parcel first traveled from Frankfurt via Paris to Copenhagen, then back to Düsseldorf, before finally reaching Moscow – 10 days late.

Ramminger and his aides were all arrested in late 1968 and jailed for four years. But by then the Soviets had already begun copying the next-generation Sidewinder.

A few years later, they launched a new variant, the R-13M. It boasted much-improved performance, including a limited front-aspect capability