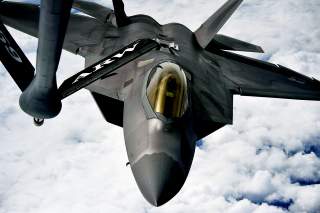 An ancient Greek tale says that Icarus drowned in the Mediterranean Sea after he ignored his father’s advice to fly low to avoid the sun’s warmth during their attempted escape from the isle of Crete. He chose instead to soar upward on his manmade wings, where the sun melted the wax binding his feathers to his body and sent him plunging to his death. But it wasn’t so much heat, as hubris, that doomed him.

Adventurers have been trying to cheat the heavens ever since. And, as was the case with Icarus, aviation’s weak link is often the human at the helm.

Metal and carbon-fiber warplanes have been outflying their flesh-and-blood pilots for decades. I first got wind of this more than 30 years ago as a reporter for the Fort Worth Star-Telegram, where I covered the Fort Worth-built F-16 like white on rice. It seemed that the then-new hot fighter could fly so fast and turn so sharp that it could keep enough blood from a pilot’s brain to render him (they were all hims back then) unconscious in a matter of seconds.

Such human frailties have led to an alphabet soup of trouble, and how to avoid it: That G-induced loss of consciousness (GLOC) has led to the development of GCAS (ground collision avoidance systems). And there’s the latest cockpit option (with the worst acronym, which sounds a lot like the cute coveralls toddlers wear): the On-Board Oxygen Generating System, or OBOGS.

“Flying headlong into the ground is the single biggest killer of fighter pilots in the Air Force,” Air Force Magazine reported two years ago. “The phenomenon known as Controlled Flight Into Terrain (CFIT) is responsible for 75 percent of F-16 pilot fatalities and is often due to disorientation or loss of consciousness while maneuvering at low altitude.”

Of course, it’s part of the military’s DNA to, ahem, push the envelope. For pilots, that can mean flying longer missions from more austere bases—even if the cost isn’t worth it, and the need to do it is vanishingly tiny. But it’s that quest that has brought us OBOGS and its dangerous complications.

The systems, developed in the 1980s and now common on military aircraft, suck in thin air from the engine intakes. Then they purify, cool and concentrate it into a 95 percent oxygen gas to keep pilots alive and alert. The system replaces traditional liquid oxygen systems, which limited a pilot’s flight time, especially a problem in planes that can be refueled in midair. Such liquid systems also can’t always be resupplied at the primitive forward air bases the military says it may need to fly from in the next war, but hardly ever does.

Pilots of at least six different kinds of OBOGS-outfitted military aircraft have had trouble breathing in recent years. They range from hot planes like the Air Force’s F-35As, F-22s and A-10s, and the Navy and Marines’ F-18s, to the more modest Navy T-45 Goshawk and Air Force T-6 Texan trainers.

These so-called “physiological events” generally involve pilot impairment triggered by a lack of oxygen—hypoxia—that can quickly turn deadly because of the resulting dizziness, disorientation, decompression, numbness and pain. Most frustrating for all involved, the services have been unable to pinpoint the root of the problems. So they have been forced to rely on tweaking the systems, modifying their software, beefing up training, and crossing their fingers.

Both Air Force and Navy pilots have refused to fly airplanes they deemed to be outfitted with faulty OBOGS. Military officers—trained from Day One to follow orders—don’t take such steps lightly. What’s amazing about it is that military leaders, who are forever insisting the safety of their troops is one of their most sacred responsibilities, are having to be pushed to take action by their subordinates who fear for their lives.

Air Force Capt. Jeffrey Haney was killed in 2010 when his F-22 flew into the ground after he lost oxygen. While the Air Force grounded the fleet following the crash, it sent its prized fighter back into the skies after it concluded Haney was to blame for his own death (although it grounded them again a month later for the same issue). A pair of F-22 Air National Guard pilots made headlines in 2012 when they told CBS’s 60 Minutes that they were too scared to fly because of what they felt was its sketchy oxygen supply (the case also highlighted the skimpy protection afforded such life-or-death whistleblowers).

Pilots flying the Air Force’s newest fighter, the F-35, have had 29 hypoxia-like cases. After a spate of five incidents at an Arizona base last spring, the service ordered an 11-day grounding. The Air Force said that the light warning of an OBOGS problem inside the F-35’s cockpit had been too sensitive and illuminating too often, making pilots anxious. Since a lack of oxygen shares symptoms with anxiety, it is especially difficult to tell them apart with a malfunctioning warning light. F-35 pilots had also been spending too much time sitting still on the tarmac during the summer with their engines running, spewing carbon monoxide that might pollute the breathing system, the service said.

The Air Force also grounded 28 A-10 attack planes for a week last November after three pilots had trouble breathing, two while using OBOGS. The other A-10 was using an older liquid-oxygen system, which the service is replacing with OBOGS. “The OBOGS mitigates the constraints of liquid oxygen by utilizing engine bleed air as the source of breathing oxygen and eliminates the maintenance costs and sortie delays the liquid oxygen system incurs,” the service says.

The Air Force isn’t the only service gasping for air. Breathing problems aboard the Navy’s main fighter, the F-18, spiked from 57 in 2012 to 125 in 2016. The breathing gear on the Navy’s F-18s and T-45s “is inadequate to consistently provide high quality breathing air,” the Navy itself concluded last June. “The net result is contaminants can enter aircrew breathing air provided by OBOGS and potentially induce hypoxia.” The Navy flubbed its probe into a series of F-18 oxygen-related crashes that killed four pilots, a Navy-commissioned NASA report, ordered by Congress, concluded in September.

Last spring, the Navy was forced to ground its T-45 trainers after more than 100 instructor pilots refused to fly them because of concerns about their oxygen supply. “The pilots don’t feel safe flying this aircraft,” one instructor pilot told Fox News at the time.

The most recent OBOGS snafu involves the Air Force’s propeller-driven T-6 Texan trainer. The service grounded the plane for most of February after its pilots experienced a rash of breathing problems. But the service concluded they did not suffer from “classic hypoxia” but rather “unexplained physiological events” that could have been caused by too much oxygen, contaminated oxygen, or something else entirely.

“After listening to pilots, maintainers, engineers and flight surgeons, it became apparent the T-6 fleet was exhibiting symptoms indicative of a compromise of the integrity of the OBOGS, leading to degradations in performance, which then likely led to the pilots’ physiological events,”  the Air Force said Feb. 27.

“We have zeroed in on a handful of components that are degrading or failing to perform and needed to be replaced or repaired more often than the Air Force anticipated when they bought the aircraft,” Maj. Gen. Patrick Doherty  said when he lifted the grounding order.

As congressional heat—not unlike that of the sun—has increased, the Air Force responded in January like the military often does: by appointing an Air Force blue ribbon panel—the aptly-named Unexplained Physiologic Events Integration Team—to try to figure out what is going on. The Navy created its own Physiological Episode Action Team last April. (In typical Pentagon fashion, each service came up with a unique label—“Physiologic Event” and “Physiological Episode”—for their common problem.)

“There is no single root cause tied to a manufacturing or design defect that would explain multiple physiologic event incidents across airframes or within a specific airframe,” Lieut. Gen. Mark Nowland, an Air Force deputy chief of staff, told the House Armed Services Committee’s tactical aviation subcommittee Feb. 6. “Some events are due to issues outside the aircraft or equipment, and some physiologic events remain unexplained and cannot be replicated.”

Congress wasn’t buying it. “I could not be more disappointed by your presentation,” Rep. Michael Turner, the Ohio Republican who chairs the panel, told Nowland. “There is something wrong with the systems that these pilots are relying on for their lives.”