Fighter Mafia: A Tribute to an Aerospace Titan 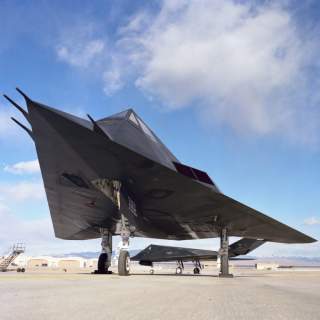 Charles E. “Chuck” Myers, a valued and colorful member of the military reform movement and “Fighter Mafia” co-conspirator, died on May 10th at the age of 91. He devoted his life to serving his country, both in and out of uniform. He played an active role in developing many of the tactical aircraft that still serve as the backbone of the fleet: the F-16, F-18, and A-10. Many of his innovative ideas will continue to be incorporated into future aircraft, guaranteeing his influence will endure for generations.

Chuck Myers was born on March 21, 1925 near Langley Field in Hampton, Virginia, foreshadowing a life devoted to aviation. He grew up in Philipsburg, New Jersey where he excelled at sports and dreamed of flying planes. In his senior year, he led his football team, the “Gridders,” as quarterback to an undefeated season.

His military service began shortly after he turned 18, when he joined the Army Air Forces during World War II.He became a B-25 pilot—at 19, one of the youngest during the war—and flew low-level attack missions to destroy Japanese shipping in the Pacific with the 345th Bomb Group as part of the Fifth Air Force.

Myers left the Army Air Forces in October 1945 to study engineering at Lafayette College. While in college, he continued to fly with an Air Force reserve unit based in Newark, New Jersey. He graduated in 1949 with a degree in mechanical engineering.

Because he viewed the prospect of an engineering career as boring, following graduation, he joined the Navy. Despite his extensive flying experience, he had to learn how to fly all over again, the Navy way. He qualified as a jet pilot and served aboard the aircraft carrier USS Bon Homme Richard, flying F9F Panther jets during the Korean War in missions designed to interdict supply routes. The war itself wasn’t very exciting for him, he said, but having the opportunity to operate from an aircraft carrier was.

Lieutenant Myers performed well enough during the war to be selected to attend the US Navy Test Pilot School, graduating in 1954. His classmates included John Glenn, future astronaut and U.S. Senator, and James Stockdale, future Medal of Honor recipient and vice presidential candidate. He spent two years conducting test flights for the Navy before going to work for the Convair aircraft company as a civilian test pilot.

At Convair, he started off working on the XYF-1 “Pogo” aircraft, a propeller-driven experimental plane designed to take off and land vertically—but not entirely capable of that elusive, expensive and performance degrading capability. After the project was cancelled, he moved to Edwards Air Force Base as part of the company’s flight test team, where he worked on the F-106 Delta Dart aircraft.

In 1960, he set the world speed record flight by flying a Delta Dart 1,544 miles per hour. The previous record had been set by a Soviet pilot. The powers that be at the time wanted the official record-holder to be a military pilot as a show of American military supremacy, so the public honor went to Air Force Major Joe Rogers, who had recently flown an F-106 to 1525.93 miles per hour. But Myers’ contribution didn’t go completely unrecognized; he received a gold watch to commemorate his achievement.

Being a test pilot is a dangerous line of work. Myers and his fellow pilots realized they lost many friends in crashes. In order to better share ideas and lessons learned, several of them got together to form the Society of Experimental Test Pilots. Chuck Myers eventually became the organization’s president.

After several years in California, he founded Aerocounsel, Inc., which he described as a “mini-think tank to serve the aerospace community.” He consulted with most of the large aerospace companies, as well as several government agencies including NASA, the Air Force, the Navy, and the Federal Aviation Administration.

In the early 1960s, the Department of Defense asked the defense industry to build a new plane, designated the Tactical Fighter Experimental, or “TFX.” Lockheed’s proposal for the new plane was designed to perform five missions: air superiority, close air support, all-weather attack, nuclear attack, and interception. The aircraft weighed approximately 80,000 pounds, more than twice the weight of a World War II bomber. Myers immediately recognized the folly inherent in the concept of what we today call multi-role aircraft. He knew that by making all the compromises necessary for the plane to perform all of these missions, it wouldn’t be able to do any of them well.

He spent the next several years working to convince everyone that the services needed separate airframes to achieve optimum combat effectiveness for the different missions. His task was made easier when he met John Boyd and Tom Christie, who were developing their groundbreaking “Energy-Maneuverability (EM)” theory at Eglin Air Force Base in Florida. With EM charts, designers can accurately plot how an aircraft performs in flight, as well as compare performance between different planes. Myers recognized that the EM charts could show the TFX would be easily outmaneuvered by the latest Soviet designs.

Unsurprisingly, the TFX resulted in the disappointing F-111— the F-35 of its day. The General Dynamics F-111 was a large, multi-role fighter plane that is now widely considered to be a design failure.

Myers became the Director for Air Warfare in the Office of the Secretary of Defense in 1973. As part of the Tactical Programs Department, he oversaw all research and development for the tactical aircraft then in development. It was in this position he left his mark on the development of the F-16, F-18, and the venerable A-10.

Myers eventually convinced enough people in the Pentagon that they should pursue mission specific aircraft. As part of this effort, he successfully lobbied Air Force leadership to assign John Boyd to the Pentagon to apply his theories to fix the FX program, the successor to TFX. The FX program resulted in the successful F-15. But even with that success, the burgeoning, now-famous “Fighter Mafia” came together to design even better fighter planes. This group included John Boyd, Everest Riccioni, Pierre Sprey, and Chuck Myers. Their collaboration created the Lightweight Fighter program, which ultimately produced the F-16 and F-18.

As Chuck Myers’ friend Jim Stevenson wrote, “If Boyd, Sprey, and Riccioni were to get credit for painting the Lightweight Fighter, Myers prepared the pigments, stretched the canvas, and was instrumental in creating an audience for a private showing.”

All photos are courtesy of Sallie Myers.Myers’s contribution to the close air support debate in the 1980s and ‘90s was unique. Almost immediately after the A-10 entered service, the Air Force began its long effort to cancel the program. Proponents who recognized the value of a dedicated close air support aircraft knew the Air Force needed a plane that could fly low and slow over the battlefield to have any chance of finding and identifying targets. But they had trouble explaining to outsiders just how difficult it is for a pilot flying at 400 miles per hour to spot something like a camouflaged tank and recognize it as friend or foe. Myers used his farm in rural Virginia to make that point, setting up a few such targets on his property and then flying officials involved in the debate in his own small plane a few hundred feet above the ground. He asked them to spot the targets. Most had difficulty doing so. “If it is this hard to do flying at 150 miles per hour, how hard would it be at 400?” he would ask.

Myers also developed a concept he called “Project Harvey,” named for the 1950 film about a giant invisible rabbit, which was the earliest effort to develop stealth aircraft. “I wanted to reduce all the signatures, the visual, acoustical, radar, and infrared,” Myers said during an interview. “All the chiefs of all the requirements from the Navy and the Air Force and the Army all declared they were not interested in pursuing stealth. Interesting today, that’s all anyone talks about!” Project Harvey ultimately led to the creation of the F-117.

Myers told William Honan of the New York Times in 1982: “I look into prominent military problems that might call for hardware which is manufactured by one or another of the half-dozen big corporations for which I consult. But I also make broad studies which may serve to help my clients reorient their thinking. They want to know the market, and that means total defense problems. I can't be narrow in my thinking. Lots of times, my clients don't agree with me. They don't expect to.”

One of his big ideas was to bring back the Navy’s battleships. The Iowa-class battleship New Jersey had seen action during Vietnam, but most had been placed in mothball’s during the 1950s. Myers thought they would be useful for amphibious and generalized ground combat operations in coastal areas when ground forces would need long duration and highly destructive fire support. He found that 80 percent of all targets bombed by aircraft in Vietnam could have been hit by an Iowa-class battleship.  He spent years working to convince influential people in Washington to bring them out of retirement. It wasn’t until the Reagan administration created a 600 ship navy that his efforts paid off, with four Iowa-class battleships recommissioned to see another decade of service, including Operation Desert Storm in 1991.