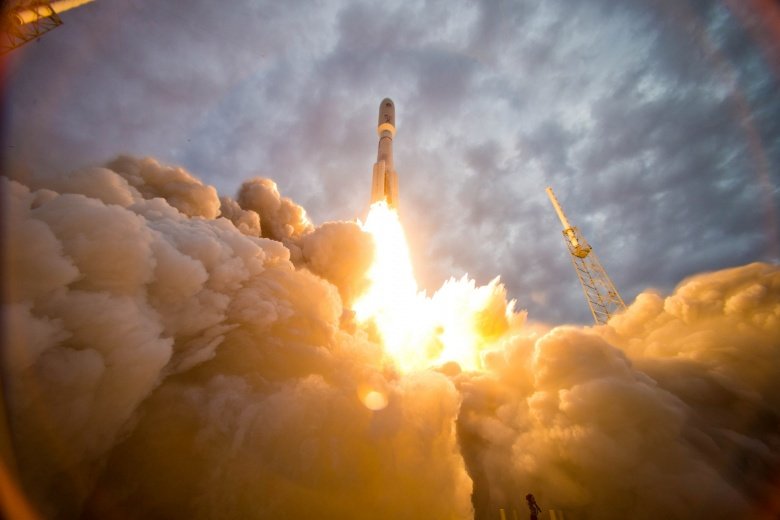 It is the law. The United States must, to the greatest extent possible, have assured access to space (10 U.S. Code § 2273). To this end, the President is directed to, at a minimum, provide resources and policy guidance to: 1) sustain the availability of at least two space launch vehicles (or families of space launch vehicles) capable of delivering into space any payload designated by the Secretary of Defense or the Director of National Intelligence as a national security payload; and 2) a robust space launch infrastructure and industrial base.

Meeting the dictates of the law is no easy goal in an environment marked by declining defense budgets, an inadequate number of national security payloads to sustain two launch providers, competition for commercial launch from foreign sources, aging U.S. space vehicle technologies, obsolescing launch infrastructure and a declining industrial base.  The United States currently relies on two venerable launch vehicles, the Delta IV and Atlas V, both operated by the United Launch Alliance (ULA), for assured access to space. Only one of these vehicles, the Atlas V, can launch the heaviest national security payloads and it requires a Russian-built first stage engine, the RD-180. SpaceX has developed the Falcon 9, which could provide a second launch capability in competition with the Delta IV once it is certified as sufficiently reliable to carry national security payloads.

Further complicating the current launch environment are the modernization plans of the major launch service providers, ULA and SpaceX. ULA has proposed retiring the Delta IV vehicle and developing an entirely new launch vehicle, called Vulcan, to replace the Atlas V. The Vulcan also could employ a new and unproven engine, the first one to be methane-powered, being developed by Blue Origin. SpaceX has proposed a heavy version of its current Falcon 9 launch vehicle to launch the largest national security satellites.  This vehicle will use three times the number of engines employed on the Falcon 9, a total of 27. Both Blue Origin and SpaceX hope to develop a system for reusing their main rocket engines, if they can be reliably returned to Earth. If successful, this could substantially reduce the costs of placing payloads in orbit.

The Air Force is trying to sell the Pentagon, Congress and the American people the fiction that it is merely a consumer of launch services. Decisions made about which engines to acquire, what launch vehicles to retire and investment priorities in new technologies are supposedly entirely in the hands of the service providers. The hope is that by taking a somewhat hands-off approach, competition for launches will be encouraged, deep-pocket private sources will invest in new technologies and the overall cost of space launch will be reduced. Sort of like an Uber and Lyft for space transportation.

But of course, the Air Force is no disinterested bystander in the evolution of assured access to space. Senior Air Force officials have gone to Capitol Hill to advocate for the relaxation in the Congressionally-mandated limit on purchases of Russian RD-180 engines. The Air Force is the executive agent for the program to develop a U.S. alternative to the Russian engine. No new launch system will be allowed to put national security payloads in orbit until the Air Force certifies it. It is likely that the Air Force will have to pay for some, perhaps all, of the new infrastructure required to support a different engine, such as that being developed by Blue Origin.

As the entity responsible for providing assured access to space, the Air Force needs to recognize that its current plans are risky. Here is a list of the most serious risk factors:

Given all the moving parts and associated risks in the current plan for assured access to space, the Air Force needs a serious Plan B. Fortunately, the elements of such a plan already exist. First, delay retirement of the Delta IV at least until the major risks associated with the Falcon 9 and the Vulcan are resolved. Second, and more important, make a serious commitment to funding development of the Aerojet AR-1engine as a replacement for the RD-180. The AR-1 uses the same proven fuel combination as the RD-180, kerosene and liquid oxygen. Advanced design and manufacturing techniques hold out the promise that the AR-1 will be more efficient and a lower cost alternative. This would be the technically least-risky solution to the problem of maintaining the heavy lift capability associated with the Atlas V. Frankly, given all the things that could go wrong with the current plan for assured access to space, the Air Force needs to take a much more aggressive stance with respect to bringing the AR-1 to fruition.