Game of Drones: What Happens When Everyone Has Killer Robots? 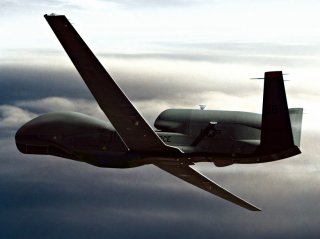 At the end of June, the Director of National Intelligence (DNI) released a report counting U.S. counterterrorism drone strikes outside areas of active hostilities and resulting combatant and non-combatant deaths. The public release of these figures is part of a greater Obama administration endeavor to increase transparency surrounding drone strikes and further efforts to protect civilians. While the United States should certainly continue to adjust its national policy, the DNI report exemplifies how the conversation about drones focuses on one major power’s use of weaponized, uninhabited aircraft in a single operating environment when, already, more than 90 state and non-state actors are using drones.

The proliferation of drones – commercial and military – demands the application of a wider lens to policy development. Setting smart precedents that will shape the long-term evolution of global drone use in favor of U.S. interests begins with a broader understanding of the strategic and political consequences of state and non-state use of a wide range of drones in a variety of contexts.

The Center for a New American Security (CNAS) held a two-day wargame, Game of Drones, to explore how the use of drones differs from traditional aircraft and how their proliferation is likely to shape the application of military force across the spectrum of conflict. Findings from the wargame indicate that although current generation drones do not offer revolutionary capabilities, they do provide their users with a broader set of options for military action, particularly in ambiguous conflicts that fall below the threshold of conventional war. This optionality has the potential to change the political implications of military force as the frequency of drone use increases.

At the core of drones’ flexibility is the absence of a human on board. This may be a simple distinction but it has a profound impact on how state and non-state actors choose to engage in conflict and interpret others’ employment of uninhabited aircraft. Concepts of operation and decisionmaking observed during Game of Drones suggests that drones’ uninhabited nature loosely translates to reduced tactical and operational risk.

The life of a pilot is not on the line and, if need be, drone ownership and use can be denied. More commercial systems in operation will complicate accurate attribution and the actions of drones can be disavowed with claims of faulty communications. Furthermore, the absence of international norms governing the use of drones means the intent of their use can be uniquely defined and interpreted to meet any expedient political or strategic demand.

Compared to traditional aircraft, drones are a flexible tool that allows their users more room to engage adversaries. And lower barriers to entry for most classes of drones means they are accessible to a wider range of potential users. As this technology proliferates and provides more actors with increased optionality, what are the implications for future conflicts?

First, weaker actors will experience higher marginal benefits from access to drones, shifting traditional power dynamics. Drones acquisition can yield a significant gain in military capacity to smaller states and non-state actors, providing them opportunities to build airpower and project power. The use of drones to replicate capabilities previously limited to traditional aircraft is likely to change the behavior of weaker actors, allowing them to contest airspace, for example.

Second, more frequent drone use will complicate escalation dynamics. Where the intent behind the employment of a traditional aircraft is clear, the use of drones leaves room for interpretation. The lack of norms qualifying their use both underpins drones’ optionality, adding new rungs to the escalation ladder, and creates more opportunities for misunderstanding and miscalculation. As long as drone use continues to be defined by expediency, the intentions behind their employment and likely reactions to their use will be unpredictable.

Third, the presence of more drones on the battlefield will increase opportunities for the use of information and misinformation. Widening access to more robust real-time intelligence, surveillance, and reconnaissance capabilities provided by drones will heighten competition for information dominance within the battlespace. And in the public sphere, more actors will have the ability to use photographs and video footage shot by drones to shape the popular narrative surrounding a conflict to their advantage.

The conclusion of the above implications reached in the wargame report is that the global proliferation of drones will heighten the levels of ambiguity in conflict, creating more opportunities for misinterpretation and miscalculation. This will be especially true in the already uncertain environments of irregular conflicts, to which drones’ optionality is best suited. Effectively managing conflict escalation will be one of the core challenges of drone proliferation and, as counter-drone capabilities mature, this task will become all the more difficult.

The first step the United States and its allies can take to adapt strategically to this new landscape is to recognize the pattern of global drone proliferation and shape future use of uninhabited aircraft by setting intentional precedents. Currently, precedents are being haphazardly set in the context of ongoing conflicts according to narrow views of drone use, which will do little to alleviate future ambiguity. And although calls to establish normative policies recognize the future challenges of proliferated drones, these policies are unlikely to effectively cope with the speed of technological change and the rapid growth of the commercial drone market.

As the current dominant user of drones, the United States should begin with a clearer explanation of its operations to an international audience and expectations for appropriate use of drones by others. Furthermore, conditionally exporting drones to key allies will not only bolster their capabilities but also will help to perpetuate and reinforce new precedents of drone use. Acting now provides the greatest opportunity for the United States and its allies to shape emerging uses of uninhabited systems to their advantage. Setting smart precedents for drone use early will help limit future disruptions in other domains as advances in robotics and autonomy allow for the development of more sophisticated uninhabited ground and maritime systems.

To read a more in depth analysis of CNAS’ findings, you can find the Game of Drones: Wargame Report here.

Alexandra Sander is a research associate at the Center for a New American Security.