Geopolitics Is Back—and Global Governance Is Out 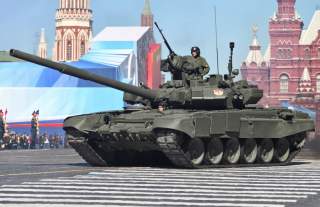 As the Middle East implodes and the planet bakes, one wishes the world would stand still long enough for governments to catch up. Today’s most burning issues—from terrorism to climate change—loom larger than ever. Worse, by definition, these transnational problems cannot be solved with national approaches alone. They require unprecedented cooperation among the world’s most influential countries.

The problem, though, is that geopolitics is back. The world turns out to be a lot more red in tooth and claw than many had anticipated, and international cooperation is suffering as a result. Strategic rivalry is heating up. The geopolitical clash in Ukraine is the perhaps clearest instance, but it is only one example of the growing gulfs between the West and strategic competitors, not least Russia and China. Beyond the risk of major confrontation, these tensions are preventing effective responses to transnational threats.

The world is left to muddle through, even as countries face mounting crises within their borders that are heavily influenced—even caused—by events in neighboring countries or across oceans.

Today, the Council of Councils, a network of think tanks spanning twenty-six countries, released a Report Card documenting the troubling consequences of waning international cooperation. The leaders of these institutions judged the international community’s recent performance to be severely lacking—barely deserving a gentlemen’s C.

Across the board, experts expressed extreme concern about the grinding conflicts in Syria and Ukraine—and at the apparent inability of the United Nations and other cooperative mechanisms to respond to them.

This is not the world the Obama administration trumpeted in its first National Security Strategy in 2010. Back then, the White House described a new global era in which the primary objective of statecraft was no longer to temper geopolitical rivalry but to manage shared dilemmas of interdependence. “Power, in an interconnected world, is no longer a zero-sum game.”

Alas, neither the Russians nor the Chinese (among others) got the word. From Eastern Europe to the Middle East to the South China Sea, great power frictions are not only exacerbating regional insecurity but also bleeding over into other realms, handicapping joint efforts to address transnational threats like cyber-insecurity.

In the background, a historic diffusion of power to emerging economies has chipped away at U.S. supremacy, leaving the world without a clear leader. Since 2000, the world has experienced the fastest and most dramatic redistribution of economic might in history. In principle, this would allow  rising players to do their fair share. But in practice, emerging and established powers are colliding both on their policy preferences and their willingness to assume new responsibilities.

Climate change is one prominent example, where major developed and developing economies remain split about how to share the burden of the painful cuts required to preserve the planet. Meanwhile, the momentum for economic cooperation generated by the Great Recession has almost entirely faded. The U.S. failure to approve reforms to the International Monetary Fund has only validated Chinese doubts that the West would ever integrate rising powers.

In response, China is leading a charge to create parallel institutions, which the United States is resisting—revealing a potentially dangerous fissure in the international economy.  Similarly, on cyber-security, competitive posturing between major players like China, Russia, and the United States—as well as radically different views about citizen rights—are preventing countries from negotiating norms to reduce the risk of a major conflict online that spills into the real world.

Given these tensions, unfortunately, prospects for addressing the world’s most explosive problems, such as the wave of conflicts in the Middle East, appear grim. The central body set up to preserve international peace and security—the UN Security Council—is paralyzed when its members believe that their core interests are at stake, and thus was powerless to address the conflagration in Syria—to say nothing of Ukraine.

The return of geopolitics portends a rocky road for international cooperation, which has always depended on a convergence of great power interests. We should not be surprised to see deepening strategic competition bleed over into areas, including those—like counterterrorism cooperation—that have been relative bright spots.

Still, the report  identifies important opportunities for breakthrough that U.S. policymakers can and should capitalize on. These include expanding global trade through the TPP/TTIP negotiations, pushing through reforms to bolster the World Health Organization’s capacity to respond to crises like Ebola, and working toward mutual commitments to combat climate change. Finally, the negotiations with Iran present an unprecedented opportunity to address one of the most intractable risks to international peace and security in decades. Forging ahead with international cooperation on these issues may even help calm the tensions preventing progress in other areas.

Stewart Patrick is a senior fellow and Isabella Bennett is an assistant director at the Council on Foreign Relations.