George Lee: The Man Who Could Have Replaced George Washington in the Revolutionary War 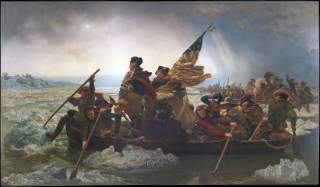