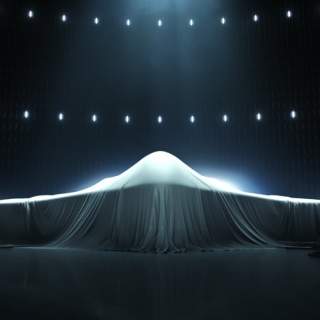 If Northrop can retain the bomber program through the inevitable protest that the rival Boeing/Lockheed Martin team is almost certain to file, the company will be in a good position to bid for the Navy’s F/A-XX and Air Force’s F-X sixth-generation fighters when the time comes. The company’s chief executive officer Wes Bush expressed his delight in an emailed statement.

“The Air Force has made the right decision for our nation’s security,” Bush said. “As the company that developed and delivered the B-2 Spirit stealth bomber, we look forward to providing the Air Force with a highly-capable and affordable next generation Long-Range Strike Bomber.”

Bush also addressed the concern of many aerospace industry analysts—which is does Northrop retain the ability to develop and build a manned combat aircraft of this size and scope and at production quantities. It’s been quite some time since the last Northrop B-2 Spirit stealth bomber was delivered in 1997. “Our team has the resources in place to execute this important program, and we’re ready to get to work,” Bush added.

But the losing team is certain to protest the LRS-B award. While the loss of the LRS-B is not a huge blow to Lockheed Martin, for Boeing—which is the prime contractor for the losing team—the stakes are high. The company does not have any new combat aircraft programs to follow-on to the F/A-18E/F and F-15 after the production lines for those venerable jets shut down later this decade. Thus, Boeing has to win the LRS-B, the Air Force’s T-X trainer contract or the Navy’s Unmanned Carrier Launched Airborne Surveillance and Strike (UCLASS) to remain viable as a prime defense-aerospace company. Otherwise, short of acquiring Northrop Grumman—which some analysts have suggested is a possibility—the company will eventually revert back to being a manufacturer of civil aerospace products.

As for the LRS-B program, the Pentagon and the U.S. Air Force refused to release any new details except for some price figures and, obviously, the name of the winning contractor. The Air Force refused to disclose the LRS-B’s future designation, how long it will be in development, how many prototypes would be built or even which contractor will manufacture the engines.

“The LRS-B will allow the Air Force operate in tomorrow's high end threat environment, what we call anti-access aerial denial environment,” said Air Force secretary Deborah Lee James. “It will also give us the flexibility and the capability to launch from the continental United States air strikes that would be able to strike any location in the world.”

The service did confirm additional details that we already knew. Particularly important is the fact the LRS-B will use an open mission systems architecture design, which means that the Pentagon will no longer be at the contractor’s mercy when it comes time to upgrade the jet. Instead, there will be competition to upgrade components and subsystems.

“The LRS-B will provide flexibility as a dual-capable bomber, carrying both conventional and nuclear weapons, as well as the strategic agility our nation needs to respond to emerging threats and our uncertain future. We're designing the platform to be adaptable, and by maintaining margins for growth within the program and using an open missions system architecture,” Air Force chief of staff Gen. Mark Welsh told reporters on Oct. 27. “This open architecture will help ensure competition throughout the life cycle of the program, and make it easier to modify the platform as technology advances and the threats evolve.”

The Air Force has also learned the lessons of the F-22 Raptor and F-35 Joint Strike Fighter. The service seems to be taking cost controls seriously this time and as such took time to develop two independent cost estimates. “I want to say right now that our goal in the Air Force will be to beat these independent cost estimates through the application of ‘should cost’ initiatives, which we have successfully used on other programs as part of DoD's Better Buying Power 3.0 and our own Bending the Cost Curve initiatives,” James said.

According to assistant secretary of the Air Force for acquisitions William LaPlante, the service has split the LRS-B program into two components. The procurement part of the contract covers the first five production lots for the LRS-B—which covers a total of twenty-one out of the 100 bombers the Air Force intends to buy. “They are fixed-price options with incentives for cost,” LaPlante said. “I'm going to tell you right now that the average procurement unit cost from the independent cost estimates supporting today's award is $511 million per aircraft in 2010 dollars when procuring a 100 aircraft.” That mean each jet would cost $564 million in 2016 dollars, LaPlante said.

The development contract— called the engineering and manufacturing development (EMD) phase—is a cost reimbursable contract that incorporates cost and performance incentives. The contract is worth $21.4 billion in 2010 dollars. “The incentives minimize the contractor's profit if they do not control cost and schedule appropriately,” LaPlante said. “We believe these estimates are reasonable and achievable, and as alluded to by the secretary, if we remain disciplined and keep program requirements stable, we believe we can beat these estimates in the future as part of ‘should cost’ savings.”

Part of the reason the Air Force is so confident about its numbers is because the service and the contractors have completed fairly detailed designs ahead of time and they have already picked the subsystems. “The competition for all components of the aircraft were already done as part of the proposal. So it — it's a full-up aircraft is what we have received. The firm-fixed-price is contract type for the procurement and for the EMD phase, so it's everything,” said Lt. Gen. Arnold Bunch, military deputy to the assistant secretary of the Air Force for acquisition. “We won't go into any details relative to specific components or subcontractors due to classification and enhanced security.”

Nonetheless, the Air Force’s numbers are very optimistic. My good friend and mentor, Richard Aboulafia, vice president of the Teal Group consultancy, agrees. He further added that the bomber program would find itself in competition with the F-35 for funding. “They still need to fund this with $4-5 billion per year, which is a tall order for the USAF, especially since they'll always give priority to fighter programs,” Aboulafia said.

If all goes as planned, the LRS-B will be operational by 2025 as part of a larger family of systems that will be designed to fight in the Western Pacific. “As this platform and this plan to be the family of systems and where we have joint equities right now I kind of look at it as the grandsons of whatever systems we have today in electronic attack, our ISR, the surface enemy air defenses, whatever those are when this aircraft is fielded, and I very much see that as a joint environment that we'll be working in,” said Gen. Robin Rand, the four-star commander of the Air Force Global Strike Command—the modern day successor to the Strategic Air Command.