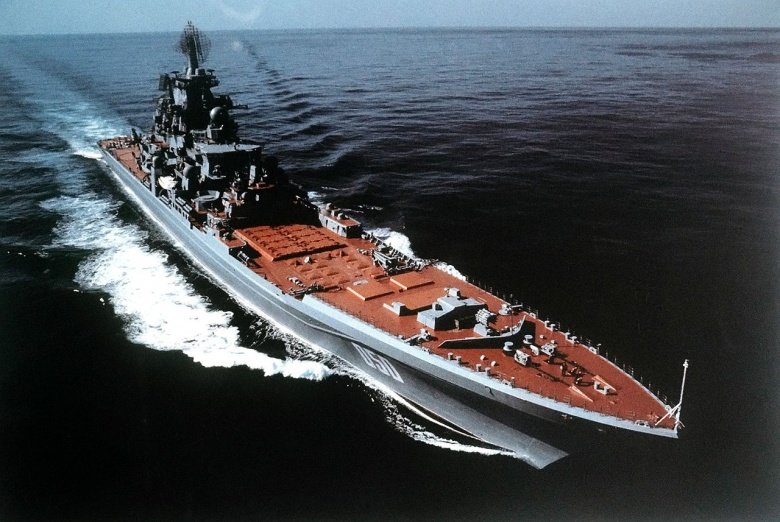 The Russian defense industry has always had a flair for the dramatic. The Soviet military-industrial complex carried so much sway in the Politiburo that at times, it operated with little oversight from the General Secretary. It produced wonder weapons and prestige platforms with little regard for their cost and strategic value.

The past few years have seen a resurgence of this mindset. Russia has embarked on a massive recapitalization project, seeking to replace aging Soviet-era platforms that were often built to lax production standards. Their military-industrial complex takes great pride in trumpeting its achievements and ambitious projects through Russian language media and state-owned foreign language outlets, such as RT.com. While it is important to listen to what an adversary is saying, it is also important to see what is behind the bluster. In fact, many of Russia’s wonder weapon projects are far too grand to come to fruition — and may even signal a revival of the same discord within the Russian defense industry that plagued the Soviet Union; a discord that acted as a key forcing-function in the destabilizing Cold War arms race that brought the world to the brink of ruin.

Consider the notional future Russian Federation Navy (RFN). Their fleet, once outnumbering the U.S. Navy 3.5:1, now spends most of its time in port. Russia’s major shipyards are now going full tilt, building frigates and nuclear powered — and armed — submarines. Evidently, the RFN has even grander designs: a squadron of what would effectively be nuclear powered battlecruisers.

Dubbed the Lider class, these warships would feature the nuclear power and armament capacity of the massive Soviet-era Kirov battlecruisers. For reference, the 28,000 ton Kirov class has thrice the displacement of and carries roughly twice the armament of its nominal U.S. Navy counterpart, the AEGIS cruiser. Cutting a distinctive silhouette, the Lider would easily outgun the largest ships in the U.S. or Chinese arsenals. Their nuclear power plants would allow them to sortie worldwide, limited only by food and ammunition supplies — the finest naval power projection to be found outside of aircraft carriers.

Given the grandiose design of the ship, it is worth examining whether the Russian military intends for it to ever exist at all or if it is nothing but a propaganda piece. Recently, the Russians have announced truly fantastic projects, such as a fleet of supersonic stealth transport aircraft capable of covertly inserting an armored division overseas. Open sources show that the RFN has desired a next-generation, medium to large surface combatant for years, and that more reasonable proposals gained traction before losing out to the current design. Additionally, a video about the Lider focuses on the wide array of Russian corporations contributing to its construction rather than the ship’s actual capabilities. Moreover, it was produced by an industry-focused media concern rather than the expected propaganda outlets, such as RT.

Russian officials announced they will build twelve of these battlecruisers. Realistically, most observers should expect to see one or two. A ship’s size tends to drive the cost of constructing it, and there’s a catch to building ships with the massive weapons capacity and power plant of the old Soviet battlewagons: they’re probably going to be about the same size. Some sources suggest they’ve even been designed by the same firm responsible for the Kirovs. This implies the Lider will be a budget breaker like its predecessor.

Russian designs on this Lider class represent a gulf between strategic direction and capabilities. Building these battlecruisers will almost certainly devour the vast majority of Russia’s shipbuilding budget and capacity. If the RFN succeeds in acquiring them, it will find itself with a handful of massive power projection tools unsuited to any of the conflicts it is most likely to fight.

The Russians are setting themselves up for a major discontinuity between ends and means. A recent statement by the CEO of Russia’s state owned shipbuilding conglomerate reveals that his view that future submarine construction should focus on defending ballistic missile submarines, a mission that would take place relatively near to Russian territorial waters. The acquisition of the Lider battlecruisers — plus recently announced plans to acquire a nuclear powered supercarrier — may suggest the forces that drive the development of the surface fleet are not in synch with the forces driving the submarine fleet. One side is building towards a strategically defensive Cold War-era doctrine, the other toward an essentially all-new doctrine based on power projection. Neither of these tracks would be of much value should Russia attempt to invade one of the Baltic states, a prospect that recently gained some overt support in the Russian government.

The Russian military is at a conventional disadvantage against NATO. As oil money begins to dry up and sanctions take their bite, the Russians do not appear to be adjusting their acquisition efforts to compensate. On one hand, they appear to be gravely concerned about the security of their nuclear deterrent. The Strategic Rocket Forces, fearing U.S. missile defense efforts, have invested heavily in new ICBMs. Similarly, the submarine force is building new ballistic missile submarines and advanced new missiles to go with them. On the other hand, the Russians are also attempting to achieve some kind of conventional parity with NATO by producing new stealth fighters, tanks, and apparently battlecruisers. A budget is by definition zero-sum, and as Russia’s economy slowly recovers from its free-fall, the money to build all their desired means simply will not exist. This could leave Russia with an arsenal of top-of-the-line nuclear weapons while intensifying its conventional disadvantage against NATO.

So, what is there to worry about here? Why not celebrate as the Russians procure themselves into the hole, spending exorbitant sums to acquire prestige platforms that do not contribute to their strategy? Because Russia may well attempt to achieve its ends through whatever means are available. The weaker and less focused its conventional forces are, the more likely it is to resort to the use of tactical nuclear weapons to win a conflict with NATO. Painted into a corner by their belligerence and poor acquisition decisions, Russia may become dangerously prone to acting upon its “escalate to de-escalate” doctrine.

Russia’s plans to build nuclear-powered battlecruisers is emblematic of a dangerously non-coherent national military strategy which haphazardly fuses Cold War paranoia with modern revanchism. It seeks to achieve ends (building a “buffer zone” of pro-Russian states by force while protecting its nuclear deterrent) through dangerous ways (“hybrid” and conventional warfighting, with the option to “escalate to de-escalate”) without the means to fully execute those ways. The end result could be disastrous for all involved.

Ben Hernandez is one of the hundreds of students under instruction at Naval Station Newport, R.I. The views expressed here are the author’s alone and do not reflect those of the U.S. Navy, the Department of Defense or the U.S. Government.

This piece first appeared on The Strategy Bridge here.