Get Real: George Kennan’s Realism Is Alive and Kicking 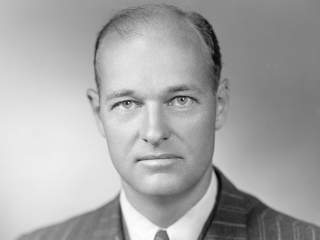 George Frost Kennan was a diplomat, historian and strategist, most famous for the Long Telegram which framed the Cold War winning containment policy. Kennan was a realist who understood the limits of American power and kept ends proportionate with means and therefore prescribed broad elements of national power be applied to areas of key strategic interest. Like many strategists of the Cold War—such as Kissinger, Brodie and Kahn—Kennan was a civilian who crafted policy mindful that military action was just one means through which politics continued.

A year ago, David Remnick reported in The New Yorker that President Barack Obama thought he didn’t “really even need George Kennan right now.” However, as with the 1940s, the contemporary strategic environment is undergoing a profound transition in its polarity. Obama has been placed under serious pressure to form a grand strategy that allows the United States to manipulate events with at will. However, a look to Kennan’s writings reveals a sense of déjà vu when reflecting on Obama’s policies.

In the years following World War II, the old order was crumbling while a new order was being built with the spoils of its ruins. The United States faced new dangers that military strength alone could not mitigate, and as such “political, economic, ideological, intellectual and moral resources” would be required in peace as they were in war. An advocate of Russian-style political warfare, Kennan believed that if a military victory could not bring about desired political ends, the only other possibility was “a political war, a war of attrition for limited objectives.” This was the aim of the Marshall Plan.

To guide the strategy of containment, Kennan devised four principles which he articulated in a speech to the National War College in 1947. The first was self-restraint: it was “neither fitting nor efficacious” for the United States to prescribe European recovery, the Europeans should do that themselves. “You will have to solve your own problems, we are only trying to give you the breaks.”

The second principle suggested reducing the scale of aspirations. Although in a position to act as an imperialist, as European powers had done for centuries, the United States should “restore something of a balance of power in Europe and Asia by strengthening local forces of independence and by getting them to assume part of our burden.” This burden-sharing meant letting go of allies of no consequence and working with nefarious actors when in U.S. interests. The United States could not ‘solve’ the Soviet problem, but could maneuver them into a satisfactory position—from a realist's perspective. “You never really solve problems like that,” Kennan suggested, “you only learn to live with them after a fashion and to avoid major catastrophe.”

Open-ended commitments would be avoided by limiting liberalism (avoiding Wilsonian architectures or the aspirations in the Truman Doctrine), as the United States should act only “where the prospective results bear a satisfactory relationship to the expenditure of American resources and effort.” Particularism rather than universalism was Kennan’s favored approach. This meant that victory would not be like 1945—unconditional surrender—but rather a shift in the Soviets minds as to their expectation of success.

His third principle was that expectations themselves could form a part of power. By changing the narrative from the Soviet view that capitalism was in crisis, the United States could build confidence in parts of the world where its interests were engaged. Truth, reason, and economic assistance could build resiliency against Soviet advances in Europe. Kennan favored such indirect approaches, which he labeled “counter-pressures” based on “concealed aggression.” This is the reason why he was a strong advocate of a covert operations capability within the U.S. Government.

And the fourth principle, corresponding with his totalitarian streak, was the concentration of power within the operational branches of Government. Containment required “a more courageous acceptance of the fact that power must be delegated and delegated power must be respected.” Kennan saw expert officials (like himself) best placed to address complex issues, rather than those with more democratic legitimacy.

While it has been argued that Obama needs a Kennan (and by some that he has such a realist), the president might not need the man because he is exhibiting many aspects of Kennan’s strategic thinking. The President’s strategy called on allies to solve their own regional problems, while sharing the security burden with key allies. The United States has used economic sanctions and covert targeted assassinations as a stick, while winning support of partners through a carrot of economic support. Reflecting the fourth principle, the National Security Council has been broadly criticized for centralizing control of foreign and defense policy.

While critics might argue the U.S. global strategy is failing, it must be kept in mind that a minimalist strategy is harder to advocate publicly. Kennan would identify with this conundrum, as not only is it difficult to conduct a successful foreign policy in a democracy, but if such a policy were successful “so few people would recognize it for what it was.”

Craig Beutel joined the Australian Department of Defence in 2006. He has deployed to Afghanistan and is a graduate of Australian Command and Staff College. His views do not represent the Department, or the Australian Government. This article first appeared in the Bridge.