Glock 29: The Best Firearm on the Planet? 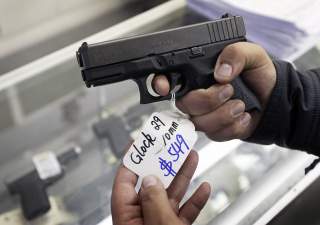 Long before the term “industry disruption” became a buzz phrase, Gaston Glock upended the firearms industry with his Glock 17 pistol. Rugged, accurate, reliable and with a large magazine capacity, Glock’s pistols became wildly successful. As the company redirected the interests of commercial shooters it also embraced larger-bore guns with loyal followings, producing such firearms as the subcompact 10mm Glock 29 and .45 ACP Glock 30.

The history of Glock dates back to the early 1980s, when knife and bayonet maker Gaston Glock got whiff of a competition to procure a new handgun for the Austrian Army. With no handgun design experience, Glock plunged into developing a pistol for the contract. After much research and development he produced the Glock 17. The pistol was made of polymer and steel, producing a lightweight handgun with an emphasis on reliability. Pointable (the ability of the pistol to act as a natural extension of a shooter’s hand-eye coordination) and highly accurate, it won the army contract and then went on to literally conquer the world.

Glock’s design proved scaleable in both physical size and caliber. The original, full-size Glock 17 begat a smaller, compact Glock 19 and later the subcompact Glock 26. The pistol’s action was scaled downward from the original 9mm Luger to .380 Auto, and upward to .40 Smith & Wesson, .45 ACP and other heavier calibers. The production of the essentially the same handgun in different sizes and calibers made transitioning from one Glock to another easy. Glock’s line of handguns were the first to become an ecosystem of small guns and large, in a variety of calibers, all based on an original handgun design.

In the late 1990s, after marketing full-size 10mm and .45 ACP Glocks, the company decided to skip compact size frames and go straight to subcompact. The result is the Glock 29 in 10mm Auto and the Glock 30 in .45 ACP. Although dimensionally similar, the two handguns have different purposes and fulfill different roles.

Trigger pull and trigger travel are identical not just to one another but all Glocks, with the standard 5.5-pound trigger pull and .49 inches of trigger travel. This consistency makes it easier to transition from one Glock type to another—a plus for shooters and a boon for Glock marketing. The Glock 29 and Glock 30 both take ten-round, double-stacked magazines—the first pistols to pack so many rounds into a large caliber subcompact frame at the time of their introduction. Like other subcompact Glocks, the 10mm Auto and .45 ACP versions will accept magazines meant for their full-size versions, with fifteen rounds for the Glock 29 and thirteen rounds for the Glock 30.

The 10mm Auto Glock 29 and .45 ACP Glock 30 are powerful, reliable pistols in their own right, even without their subcompact attributes a factor. Glock’s big-bore subcompacts are similar pistols designed to fulfill very different tasks: hunters will appreciate the 10mm Auto’s extra muzzle energy during a dangerous hunt, while homeowners will appreciate the .45 ACP’s lower velocity indoors. The gun that disrupted an industry has proven versatile enough to break new ground and conquer new markets.