Good First Steps By The Army On Reforming The Acquisition System 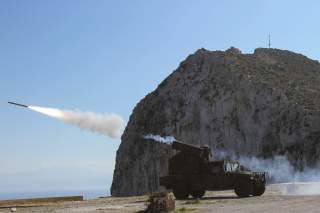 Just a month ago, the U.S. Army’s top leaders, Acting Secretary of the Army Ryan McCarthy and Chief of Staff General Mark Milley, announced the most far-reaching reforms of the acquisition system in two generations. A new command will be created by mid-2018 to manage and streamline Army modernization. As described by General Milley, the reasons for this change are: to put the modernization process under one roof; realign authorities; overcome bureaucratic inertia; break down stovepipes; bring warfighter requirements directly into the acquisition process; and, perhaps most important, enable disruption. Decisions on the formal structure of the new organization, as well as its authorities, responsibilities, staffing and the other “technicalities” will be informed by the work of a four-month task force led by Lt. Gen. Edward Cardon.

Secretary McCarthy and General Milley believed they couldn’t wait until next year to change the acquisition system. To jumpstart the revolution, pilot cross-functional teams (CFTs) have been created to address the Army’s modernization priorities: long-range precision fires, next-generation combat vehicles, future vertical lift, the network, air and missile defense, and soldier lethality. Network modernization will be the subject of two CFTs, one focused on the network, command, control, communications and intelligence and another dealing with positioning, navigation and timing. The task of an eighth CFT is the enormous subject of synthetic training environments.

While the responsibilities of the CFTs are expansive, their goals are limited. According to the Army’s implementation memorandum, “The concept for the CFT is to develop a requirement informed in appropriate cases by experimentation and technical demonstrations, through teaming, agility and rapid feedback to enable the development of a capability document and improve the decision making for a potential program of record.” In addition, the Army already had substantial work underway for each of the modernization priorities. The programs for long range precision fires and future vertical lift are so far along and the acquisition decisions so near-term that all those CFTs may be able to do is check their homework.

There is a lot of literature on creating and managing a successful CFT and its close cousin, the Integrated Product Team (IPT). The critical factors in their success are: well-defined goals and timelines; continuous high-level support; the necessary authorities; the inclusion of experts from all relevant functional areas; leaders who have training and experience in running cross-functional teams; adequate resources; and, the most vital factor, tying members’ performance evaluations to the CFT’s success.

It is important to point out that the track record for both CFTs and IPTs is not good. A 2015 study of CFTs in the commercial world reported that 78% of the examined cases were failures. The most common cause of failure was the influence of functional stovepipes continuing to be manifested in the CFTs. A 2001 report by the Government Accountability Office on IPTs in the Department of Defense affirmed their ability to impact program schedule and cost, “often cutting calendar time in half compared with earlier products developed without such teams.” However, the report also noted that the majority of IPTs examined were failures, largely because of errors in the way they were stood up or a lack of adequate support.

To date, the Army has taken a number of steps that bode well for the CFTs’ success. General Milley has publicly articulated straightforward objectives for each of the modernization priorities. In a sign of high-level support, the CFTs will report directly to the Army’s Vice Chief of Staff and to Secretary McCarthy. Team leaders have been given broad authorities as well as the flexibility to organize, locate and operate their CFT as they see fit. The eight leaders have been encouraged to include expertise from across the entire Army and to work closely with industry. Although specific due dates for the CFTs’ products have not been made public, Army leaders have made it clear that they want results that are both good and fast.

Secretary McCarthy appears to have given General Cardon’s task force a broad view of the scope and scale of his desired reforms. According to one report, the responsibilities of the new modernization command “will extend from idea to delivery" with respect to new platforms, systems and equipment. Perhaps more important, Secretary McCarthy has given the task force the freedom to make recommendations that would change the makeup not only of the acquisition system’s components but that of the entire Army.

What cannot be predicted a priority is whether or not these incipient reforms and a new organization can overcome the well-known problems of the Amy’s acquisition system: risk aversion, bureaucratic inertia, fragmented decision making and resistance to change. With respect to the CFTs, much will depend on the skills and knowledge of the team leaders. But their success also will depend on the willingness of team participants to give up their current institutional identities in service of a greater good. As for the broader institutional reforms, the dominant question is, can the Army fashion a modernization command that is goal- or output-focused instead of the current process-oriented system?