Grading Global Governance: Implications for East Asia and Beyond 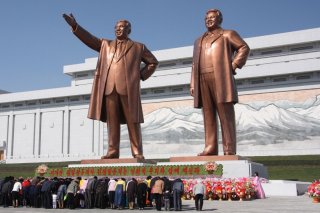 The Council of Councils (CoC), a network of think tanks that mirrors the membership of the G20, released this week a thought-provoking report card assessing the state of global governance. The report evaluates the performance of global institutions in addressing ten international challenges, ranks the seriousness of these global challenges, and assesses prospects for breakthrough in international efforts to deal with these issues. The report card accurately captures the issue overload and prioritization challenges on the global agenda, provides a compelling snapshot of the scope of challenges to global governance and reveals the major gaps that will likely continue to challenge the international community.

As one considers the rising importance of Asia and the emerging issues the region faces in the context of global challenges, the results are particularly revealing of both potential opportunities and the significant differences embedded in the “Asian paradox” of high economic growth alongside latent and emerging conflicts that could bedevil the region going forward. The Council of Councils gave its highest (albeit low) marks to international efforts to prevent nuclear proliferation, primarily in response to P5+1 diplomatic efforts to keep Iran from pursuing nuclear weapons. However, as Sook-Jong Lee of the East Asia Institute rightly observes, “the North Korean case still challenges the effectiveness of nonproliferation governance.” In other words, in East Asia the failure to prevent North Korea from expanding its nuclear development efforts outside the confines of the Nuclear Nonproliferation Treaty deserves an F.

The inability to resume diplomacy through Six Party Talks as a result of North Korean intransigence points to a closely related vacuum in East Asian regional governance: the absence of regional institutions that are deemed capable of effectively responding to violent conflict between states, which was the top global challenge identified by the CoC. As much as Russian military involvement in the Ukraine represents a setback for European efforts to prevent recurrence of inter-state conflict, the looming maritime tensions in the East and South China Seas underscores the growing prospect that such conflicts may return to Asia and the weakness of available regional institutional mechanisms to respond. Moreover, the emergence of such conflicts will inevitably place at risk the fruits of the region’s rapid economic growth.

The upside of Asian views of global challenges covered by the CoC lies with the top prospect for breakthrough identified in the survey: the idea that expanding trade can create a virtuous circle that can help to address the most serious global challenges. This view was most clearly articulated by Chen Dongxiao of the Shanghai Institutes for International Studies, who wrote that in order to address global challenges, “more international efforts should be focused on promoting international economic governance, facilitating global trade, and advancing the development agenda.” An economically-driven vision that catalyzes expanding capacity to meet global governance challenges is certainly desirable. If it is to take hold, it arguably would emanate from East Asia.

But for now it seems more likely that the global challenges of preventing international terrorism, preventing interstate conflict, and even the challenge of responding to internal conflicts within states may eventually come to East Asia in ways that accentuate, rather than resolve, the Asian paradox. To this extent, the CoC survey results provide useful forewarning, but provide few grounds for optimism that either regional or global governance will be prepared to meet looming challenges.

This piece first appeared courtesy of CFR and Forbes Asia​.