Here are the Names the U.S. Air Force Didn’t Pick for the B-21 Raider 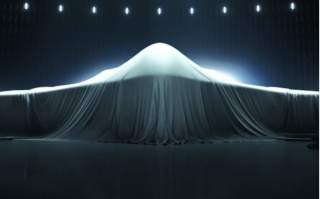 On Sept. 19, 101-year old retired Lt. Col. Richard E. Cole, one of the last surviving participants of the famous Doolittle Raid on Japan and Jimmy Doolittle’s co-pilot, announced that the official name of America’s upcoming B-21 bomber would be the “Raider.”

Hopefully, the centenarian didn’t have to look through the thousands of other suggestions.

Four months earlier, the Air Force made the unusual decision to let service members submit possible monikers for the bomber over the Internet. Officials ultimately chose Raider from more than 4,600 submissions in total, with more than 2,100 being unique at least in structure and spelling.

In May, the Air Force said it had whittled these down to a short list of 15 choices. Cole made the much awaited Raider announcement at the Air Force Association’s annual Air, Space and Cyber Conference in Maryland.

War Is Boring submitted a Freedom of Information Act request for the rest of the submissions. On Sept. 21, after an appeal, the Air Force responded with the complete list.

Many of the suggestions were serious, well in keeping with established Air Force traditions and history. Others were tongue-in-cheek or just plain insulting.Air Force public affairs official Ann Stefanek pointed out the top 15 contenders in an email accompanying the release.

These are all reasonable suggestions. While Gen. Curtis LeMay was a controversial figure, his name certainly carries the pedigree for a stealth bomber, as he essentially created America’s nuclear bomber fleet in the 1940s and ’50s. The first Liberators and Mitchells were icons of American air power across North Africa, Europe and the Pacific during World War II.

It’s pretty obvious the Air Force was searching for a name that evoked this earlier era. Though Northrop Grumman will build the B-21 Raider, competitor Boeing’s “Fortress” nicknames — from the B-17 Flying Fortress to the B-52 Stratofortress — have become widely associated with American bombers.

Names such as Ghost, Horizon, Phoenix and Valkyrie would all easily reflect far-reaching power of a stealthy bomber able to carry devastating nuclear weapons. And the artwork for the bat-winged B-21 — along with Northrop’s older B-2 — sort of looks like a boomerang.

Some of the finalists’ names were already taken. The U.S. Navy claims Stingray for the spy-and-tanker drone it plans to fly from aircraft carriers. Wraith is an unofficial nickname for the RQ-170 surveillance drone.

Many of the rejected names fell into similar categories, including entries based on freedom and liberty. Sequels to historic Air Force planes were popular, such as Dauntless II, Dragon II, Havoc II, Flying Fortress II and Phantom III. Members of the flying branch offered up dozens of monikers beginning with dark, global, shadow, peace, silent and swift.

In March, Britain’s Natural Environment Research Council ran an online contest to name a new research ship. Boaty McBoatface shot to the top of the list. After the survey became something of a scandal, NERC ultimately chose to name the ship after legendary naturalist and BBC presenter Sir David Attenborough.

Martial artist and actor Chuck Norris, himself a former Air Force police officer, made the list of bomber names. Same for veterans including Pat Tillman and Chris Kyle. Someone offered up presidents Ulysses Grant and Theodore Roosevelt in the same submission.

Spaceships from the Star Wars movies including the Death Star, Millennium Falcon and Y-Wing pop up. At least one of the Bird of Prey suggestions was probably a reference to the Klingon warship from Star Trek, which notably features a cloaking device.

Brand names such as Dorito, Cheeto and the Baconator from the Wendy’s fast food chain make appearances. Perhaps it’s because the basic shape of the B-21 and other secret stealth jets slightly resemble triangular Doritos chips.

But more than anything, pop culture references are just uninspired. Other, more creative submissions took a number of very direct jabs at the Air Force and its policies.

At least two people submitted references to the far less glamorous A-10 Warthog. The flying branch has repeatedly tried to retire the straight-winged, snub-nosed attack planes, ostensibly to free up money for the F-35 stealth fighter and the B-21.

Suggestions like “YouThinkWeWastedMoneyOnTheF35,hahahahahaha!!!,” “Hole In The Sky To Throw Money Into” and “Do We Really Have The Funding For This” offer some obvious views on the the service’s priorities. Others such as “Our national debt” and “You won’t believe how much this cost you in taxes” are pretty clear cut, as well.

The Air Force has a long and complicated relationship with unmanned planes. During the Air, Space and Cyber Conference, Gen. Robin Rand, head of the service’s Global Strike Command, made it clear that there were no plans to turn the B-21 into a pilotless bomber.

Someone even put in “Fund the National Institutes of Health.” But perhaps most damning was “THIS is why we can’t have nice stuff at the Deid.”

“Deid” is a popular American nickname for Al Udeid Air Base in Qatar.

Since February, the Air Force has been hit with reports and investigations of horrible living conditions at the base. For at least the last two years, some of Al Udeid’s more than 9,000 troops have complained to media outlets or made comments on social media about potentially dangerous mold, contaminated water and unsafe electrical systems there.

Less common were inflammatory entries, including references to conspiracy theories involving 9/11 and liberal philanthropist George Soros. Despite having to prove your identity as a member of the Air Force community to add a name, these airmen weren’t deterred from making their opinions known.

Besides, the Air Force had more than enough realistic names to chose from when it picked Raider. The service didn’t have to settle for the B-21 “Triangle Thingy.”