Here Is How America Could Really Rein in Government Spending 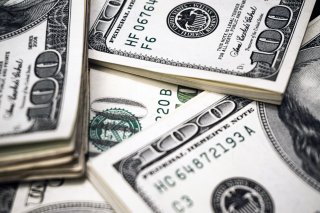 Some people have called for a balanced budget amendment to our Constitution as a means of reining in a big-spending Congress.

That’s a misguided vision, for the simple reason that in any real economic sense, as opposed to an accounting sense, the federal budget is always balanced.

Taxing us is one way that Congress can do that. But federal revenue estimates for 2017 are about $3.5 trillion, leaving an accounting deficit of about $500 billion. So taxes are not enough to cover Congress’ spending.

Finally, the most dishonest way to get us to spend less is to inflate our currency. Higher prices for goods and services reduce our real spending.

The bottom line is the federal budget is always balanced in any real economic sense.

I’d prefer the unbalanced budget. The true measure of government’s impact on our lives is government spending, not government taxing.

Tax revenue is not our problem. The federal government has collected nearly 20 percent of the nation’s gross domestic product almost every year since 1960. Federal spending has exceeded 20 percent of the GDP for most of that period.

Because federal spending is the problem, that’s where our focus should be.

Cutting spending is politically challenging. Every spending constituency sees what it gets from government as vital, whether it be Social Security, Medicare, and Medicaid recipients or farmers, poor people, educators, or the military.

It’s easy for members of Congress to say yes to these spending constituencies, because whether it’s Democrats or Republicans in control, they don’t face a hard-and-fast bottom line.

The nation needs a constitutional amendment that limits congressional spending to a fixed fraction, say 20 percent, of the GDP. It might stipulate that the limit could be exceeded only if the president declared a state of emergency and two-thirds of both houses of Congress voted to approve the spending.

By the way, the Founding Fathers would be horrified by today’s congressional spending. From 1787 to the 1920s, except in wartime, federal government spending never exceeded 4 percent of our GDP.

The Senate passed our proposed balanced budget/spending limitation amendment to the U.S. Constitution on Aug. 4, 1982, by a bipartisan vote of 69-31, surpassing the two-thirds requirement by two votes.

In the House of Representatives, the amendment was approved by a bipartisan majority (236-187), but it did not meet the two-thirds vote required by Article 5 of the Constitution.

The amendment can be found in Milton and Rose Friedman’s “Tyranny of the Status Quo” or the appendix of their “Free to Choose.”

During an interview about the proposed amendment, a reporter asked why I disagreed with the committee and called for a limit of 10 percent of GDP on federal spending. I told him that if 10 percent is good enough for the Baptist church, it ought to be good enough for Congress.

Walter E. Williams is a professor of economics at George Mason University.