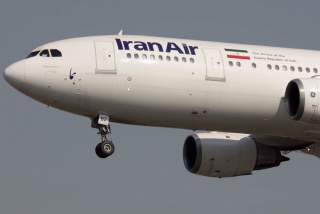 Nearly two hundred flights have taken off from airfields in the Islamic Republic of Iran to land in Syria since the Iran nuclear deal was announced one year ago, according to publicly available flight-tracking data. These commercial aircraft have almost certainly been ferrying troops and arms that, in conjunction with Russian air strikes and the deployment of thousands of Iranian forces, have staved off defeat for Syrian President Bashar al-Assad. The planes belong to Iran Air, the country’s flag carrier, and Mahan Air, a private airline associated with Islamic Revolutionary Guard Corps (IRGC) Quds Force.

In the context of these documented military operations with commercial aircraft, Boeing and Airbus recently announced multibillion-dollar plans to sell around two hundred planes to Iran. Here’s the problem: the Islamic Republic has used its commercial fleet to ferry weapons, supplies, and paramilitary operatives to its proxies and allies in the region since the creation of Lebanese Hezbollah by the IRGC in the early 1980s. The United States has repeatedly sanctioned Iran Air and Mahan Air for transporting military equipment to the Assad regime since then. A Western intelligence report leaked in 2012 fingered both Mahan and Iran Air for transporting everything from “communications equipment to light arms and advanced strategic weapons” to Syrian forces. And none of these activities appear to have stopped.

Despite appearances to the contrary, the issue of commercial aircraft sales to Iran is nevertheless complex. Iran has clearly repurposed domestic airlines in support of sanctioned entities like the IRGC on behalf of the heavily sanctioned Assad regime and Hezbollah. But those airlines do carry paying passengers and civilian cargo as well. Iran Air has made plans to expand its routes to destinations in western Europe. And Mahan Air, despite still being under sanctions for its support to the Quds Force, has expanded its international routes in the last year. Still, two decades of sanctions against Iran’s commercial airlines have left them consistently rated among the most unsafe in the world. It is in light of those risks, some argue that the United States agreed to an explicit carve-out for the sale of civilian airplanes to Iran in the nuclear deal.

That’s a very conscientious approach, but Tehran has only expanded its support for the Assad regime, and flights have increased in turn since the nuclear deal was signed. It is almost inconceivable that these flights have carried exclusively civilian passengers and innocent cargo. The Iranian government banned its citizens from making religious pilgrimages to Syria after a number were taken hostage in 2012. And the increase in the number of Iran Air flights to Syria coincides with increased fighting and more aggressive deployment of Iranian forces. That cannot be happenstance.

State Department spokesman John Kirby insisted that no sales of commercial aircraft to Iran Air will be allowed—JCPOA notwithstanding—if Iran Air were to conduct the same sorts of activity that landed it on U.S. sanctions lists. Yet it seems almost certain that the airline has indeed continued that behavior.

As the Senate and the White House evaluate the Boeing sale to Iran Air (the House has already passed language barring the sale), they will no doubt consider the fact that flying cargo linked to the Quds Force and IRGC or to human rights abuses in Syria is a sanctionable activity under U.S. law. They will also almost certainly factor in Boeing’s controversial reliance on U.S export financing from the Export-Import Bank. From the standpoint of Iran deal doubters, one of the most positive aspects of the deal is that it clearly allows the U.S. government to impose fresh sanctions on organizations involved in supporting terrorism and human rights abuses in Syria, among other reasons. The administration has, in fact, sanctioned some entities for malign behavior since the deal was signed.

Politics, policy and bias aside, the evidence is clear: Iran and Mahan Air are using commercial aircraft in support of the Islamic Republic’s greater effort to preserve the Assad regime. Here’s the inescapable bottom line: Iran Air is violating sanctions.

Mr. President, Mr. Speaker—over to you.

Paul Bucala is an analyst at the American Enterprise Institute’s Critical Threats Project.