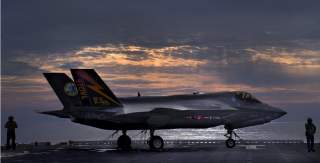 As I wrote earlier this month, Donald Trump’s unpredicted electoral victory has brought the possibility for real change in the enterprise of national security. To borrow Paul Ryan’s phrase, thoroughly rethinking the business of defense could create a military that moves closer to the speed of broadband than the speed of bureaucracy. But if the Trump Administration will be rebuilding the military, it’s worth asking what it’s rebuilding it for. I argue that in the early 21st century, the means of warfare will be increasingly precise, autonomous, scalable, ubiquitous, and democratized. As the monies for responding to emerging threats are actually not limitless, the incoming administration will need to think through the implications of all five of these hallmarks, and consider how to get ahead of the problems. I further argue that the Trump Administration thus needs a little less Reagan, a little more Rumsfeld, and a strategy of payloads and productivity.

Precise. How did we get here? The early aspects of the “Precision Revolution” emerged in the 1960s during the Vietnam War, but their real potential did not become apparent until the 1991 Iraq War. Twenty-five years on, these capabilities are almost assumed: planners have come to expect that weapons don’t miss much. Over Afghanistan, the Royal Air Force hit 97 percent of its targets in its first 300 firings of MBDA’s Brimstone missile. Out of Norway, Kongsberg’s Naval Strike Missile doesn’t just hit ships, it hits the most valuable or vulnerable part: the combat information center, the bridge, the engine room—and the shooter gets to choose. These sorts of technological capabilities will eventually be available to the Russians, the Chinese, and their customers—if they’re not already. Either way, they bear lethal consequences for any friendly military units not actively hiding, robustly defended, or at least shooting first.

Autonomous. Indeed, entire battalions of the Ukrainian Army were blown away by Russian artillery barrages in 2014, simply because drones and radio direction-finders passed their locations to waiting cannon and rocket batteries. This process will be replicated in future battles, and without close human supervision. Machines are really good today at doing what they’re told; pilots-in-cockpits have become somewhat replaceable. Even should Moore’s Law come crashing to an end, improvements to these technologies will continue for years to come as today’s overcomplicated code is repeatedly rewritten for greater efficiency. Fairly, autonomy is no panacea. To quote the venture capitalist Marc Andreessen, “software is eating the world,” and thus the war. And as the US Air Force in particular has learned, even unmanned systems have their manning problems. But contrary to Google’s non-evildoing intentions, DARPA will build its Cylons—or as Deputy Secretary Work would prefer, at least its Iron Men.

Scalable. One way or the other, adversaries will build theirs. Precise and autonomous technologies are out of the box, and will stay that way. As John Seely Brown has argued, much of the world today is already built on, and may soon be built by, “institutions that can leverage scalable efficiencies.” But forget the droids. On televised battlefields, humans with scalable technologies—whether Little Green Russians or just guerrillas with Russian weapons—are already causing consternation with rather small forces. Because of the vulnerabilities induced by precision weapons, combat effects are being accomplished with smaller and more dispersed units. The precision weapons are already available to come back at Blue, and from all corners.

Ubiquitous. That is, high-resolution sensors are everywhere. DARPA’s Anti-Submarine Warfare Continuous Trail Unmanned Vessel (ACTUV) will soon to move to the US Navy for actual submarine-chasing, and it's a lot cheaper than the boats it will trail. Could adversaries build similar robotic corvettes? Yes, but it’s more than that, and already now. Today, anyone with a smartphone can be a coast-watcher. No NATO convoy could move from Germany to Estonia without dozens of knuckleheads posting the photos to Instagram. Similarly, Russia’s regulars in Ukraine have already embarrassingly revealed themselves with geotagged postings on ВКонта́кте. Otherwise, concealability is impressive, with IED workshops in garages, home-hacked drones in backpacks, bio-laboratories in basements, and logic bombs on laptops.

Democratized. These latter two factors of scalability and ubiquity mean that the power for destruction has been getting democratized. Today, many of these new capabilities are available to super-empowered individuals with skimpy resources. Rebel groups and political conspiracies from Houthis to Hezbollah have anti-ship missiles. Lethal technologies are diffusing broadly and quickly, on shorter cycles than we have seen in the past, because of the global nature of telecommunications, and particularly that thing called the Internet. Today, one can watch the trolls and elves doing cyber-battle in real time. But here’s another question: is this good or bad? If the accessibility of these technologies lowers the costs of waging war, will we get less costly wars, or just get lost in more of them?

SO WHAT TO DO? If we don’t know, it's because these otherwise clear trends will combine in the future in uncertain ways. We’ve been talking about these ideas for three years on The Defense Industrialist, and we will discuss them in detail over the next several weeks. To start, though, here are a few broad recommendations:

Less Reagan. Foremost, in this drive to rebuild the military, consider how the nature of the adversaries has changed. The goons of ISIS are brutal, but ultimately doomed within their shrinking potentate. Arrayed against adversaries, the US already has all but China clearly outnumbered, at least across the board. The Trump team could execute another Reagan buildup, wherein the new administration turns on the financial taps to just build more of what’s already on order from the preceding crew. That was a great way to scare the Soviets into an ultimately system-crashing perestroika, but it would be an inelegant and inappropriate solution to today’s problems. As Ben Fitzgerald of the CNAS told Federal Computer Week, loading up on more of the last few decades’ weapons would simply “buy the best military that we possibly could from the 1980s.”

More Rumsfeld. Instead, as Dave Ochmanek of RAND wrote about that Second Offset of the 1970s, focus on the “discrete, enduring, operational problems” that vex American security. Think about the western Pacific, where as Assistant Navy Secretary Sean Stackley said, the Chinese missile threat is “not countable.” Apply some business discipline to thinking through the military problem: the economics of defense in that environment are highly unfavorable. To flip the script, invest in the future, and through the original plans of George H.W. Bush and Donald Rumsfeld: work to skip a generation of weapons. Maybe lasers and rail guns and hyper-velocity cannon rounds cannot be made to work, but if they can, the prizes for innovation will be huge.

Payloads over Platforms. As a business-minded crew, the incoming administration will also want to use the right tool for the right target. To use W.’s phrase, don’t repeatedly “fire a $2 million missile at a $10 empty tent to hit a camel in the butt.” This means bifurcating the force structure to deal with both peer competitors and the little wars, each at the smart level of expenditure. The long-standing Pentagon practice of hauling concrete with Cadillacs is both uneconomical and unwise: as Brett Odom has written, it has greatly increased the rate of depreciation of the most important war-fighting assets. This call for, as Admiral Greenert wrote, prioritizing payloads over platforms. The flexibility of modularity will be important in a technologically uncertain future. The outgoing defense team may have some good ideas here, just executed without gusto. So take the cause further; think for a moment about what Uber and the like could teach the Pentagon about streamlining operations.

Productivity over Processes. To afford all this, while keeping the federal debt from getting further out of hand, the new team will need to find economies in procurement, compensation, organization, facilities, and a host of other functions. Waste in the business of defense isn’t always lying around easily found. Rather, it’s baked into seemingly reasonable military ways of doing things, calcified over decades, that no business would find sensible. Rooting it out will require a top-to-bottom reorganization. But getting faster at being revolutionary is difficult. Military power is derived from not just technology, but skill and organization and culture—some things that the US military does really well and really badly, in the same places, at the same time.

All this means that failure is not an option, but it might be a possibility. Those near-peer competitors are getting pretty good at localized superiorities. So, the new team will want to ask the generals and admirals, early on, about their face-punched, Pearl Harbor plans. If new technologies won't save us from an ugly fight with a world power, the fall-back options may need to harness the full force of American productivity and determination. As Jim Mattis once said, all of you in the new administration should be polite and professional, but you still should have a plan to kill everyone you meet.