How America Plans to Crush China in the Hypersonic Arms Race 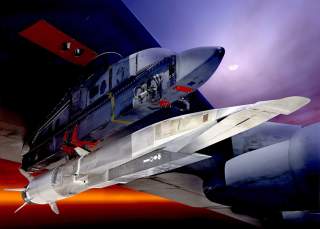 The advent of using a recoverable drone platform able to travel at high altitudes, faster than Mach 5, will follow the emergence of hypersonic weapons likely to be operational in the mid-2020s, according to the Air Force Chief Scientist Geoffrey Zacharias.

While unmanned hypersonic surveillance flight is on track for the 2030s, launching recoverable hypersonic drones is not expected be possible until the 2040s, Zacharias said.

“Air speed makes them much more survivable and hard to shoot down. If you can put enough fuel in them that gets them a good long range. You are going roughly a mile a second so if you put in 1,000 seconds of fuel you can go 1,000 miles - so that gives you lots of standoff capability,” Zacharias told Scout Warrior in an interview.