How American Christians Should Respond to Islamic Extremism 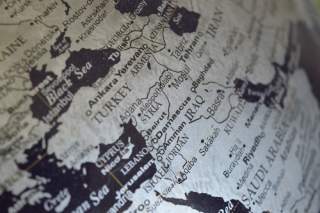 Americans are appropriately responding to last Sunday’s terrorist attack in Orlando, which took dozens of innocent lives, with unfathomable grief and a sense of stabbing darkness. As is said in Orthodox Christian memorial services, may their memory be eternal.

But it would be a disservice to these forty-nine innocent Americans if grief alone comprised the totality of the nation’s reaction. The time has also come to start asking and answering some specific, difficult questions about Islamic extremism and American policies to address it. This starts with acknowledging the threat and evil of Islamic extremism specifically by its name—and understanding that Islamic terrorism, much like Nazi Germany and the Soviet Union during the Cold War, seeks the very destruction of America. In this war on terror, it’s difficult to envision anything beyond two outcomes: either the nation will confront and defeat the threat of Islamic extremism, or Islamic extremists will continue to inflict vast death and suffering on Americans and Christians globally.

It is important to define the enemy with specificity in this conflict. Like the Islamic violence in San Bernardino last year and the Boston Marathon massacre in 2013, Orlando’s shooting was not an incident of “workplace violence,” as the 2009 Fort Hood massacre had been wrongly categorized. It was not merely “domestic terrorism” or an “act of hate”—vague phrases used to obfuscate the larger motivations behind it. Rather, it was an act of terrorism conducted in the name of a very specific ideology—Islamic extremism, an ideology with which the United States has been at war since at least September 11, 2001.

Yet Obama and his administration continue to demonstrate a curious refusal to label this and similar acts as “radical Islamic terrorism.” In a White House statement, Obama avoided using of the phrase, directing instead the public’s attention to the nation’s gun laws along with a vague reference to an environment of intolerance, neither of which are central to the Islamic terror threat that manifested in Orlando. There is no evidence that the Orlando terrorist, in calls to 911, made any reference to intolerance, internal conflict or related motivating factors as has been suggested. Instead, he stated unmistakably “I did it for ISIS. I did it for the Islamic State.”

Whatever one may think of Donald Trump and his political ascent, he must be given credit for at least properly defined the lethal threat of Islamic extremism, articulated the obvious conclusion that the nation must secure its borders and tighten its immigration laws to preclude the valid possibility of Islamic terrorists entering the country until such time as the threat is overcome. Such a response is hardly un-Christian or inconsistent with American beliefs. They are, rather, acts necessary for the survival of the American nation and way of life.

At the core of the conflict with Islamic extremism are some realities that are infrequently articulated. First, it is an undeniable fact that America was not born from adherents to the Islamic faith, much less radical Islam. To be sure, many of our Muslim brothers and sisters have come to integrate into the American way of life peacefully and successfully. But some of Islam’s tenets—an embrace of Sharia law, an abuse of the basic rights of women and homosexuals, and an embrace of militant struggle, or jihad, in pursuit of a religious ideology—are wholly incompatible with the underlying convictions of America and its culture. There is no role for radical Islam in any Western democracy, much less the United States.

Second, it is not the obligation of the nation’s president, institutions or culture to adapt to the Islamic faith. It is, rather, incumbent upon the Islamic faithful, as with all immigrants who have been granted entrance into the country, to respect the principles of Western democracy, the dignity of all human persons and the Judeo-Christian laws upon which the fabric of American culture rests.

Third, it is also true but too-seldom voiced that a certain percentage of immigrants are amenable to violence in the name of Islam. A Pew Research Center survey in 2013 found that eight percent of U.S. Muslims felt that “suicide bombing and other forms of violence against civilian targets” are either “often” or “sometimes” justified in defense of Islam. Outside the United States, this number may be even higher.

It is admirable and achievable to strive for the peaceful coexistence of religions within Western democracies; perhaps one day this vision will be realized. At least for now, however, the radical Islam embraced by ISIS, al-Qaeda and other Islamic terrorist groups mandate that the administration and the nation’s leaders confront the realities of this threat assertively and without pause, necessarily placing the security of the country before such worthy aspirations.

How the U.S. government and Americans now respond will ultimately define whether Islamic terrorism is brought to a halt in the U.S. and globally, or whether it will continue to advance largely unimpeded. Radical Islam cannot be ignored; it cannot be reasoned with; its goal is the nation's destruction through violent means. It would constitute a great error not to intelligently examine and strengthen immigration policies that ISIS, for example, has promised to exploit to further infiltrate the U.S. in pursuit of future attacks. Nearly 3.3 million Muslims reside in the United States; about 600,000 more than in 2011. If the Pew statistics are applied, that means there are now some 264,000 people in this nation who feel violence against the nation and its citizens is justified.

As the nation confronts Islamic terrorism domestically and globally, it is also essential to preserve the Christian heritage that has given rise to the exceptional nation called America. Christian leaders have an important role to play in reminding the nation of this heritage and its principles. Yet the present culture of political correctness has silenced many of them at the moment when their voices are most needed.

In the Gospel according to Saint Luke, Jesus commands his disciples: "But now if you have a purse, take it, and also a bag; and if you don't have a sword, sell your cloak and buy one.” Amidst the persecution of His disciples, The Lord instructed them to prepare themselves to resist evil.

The threat facing America and Christianity throughout the world today is not so different. It is not necessary to speculate as to ISIS’s intentions; they have promised to pursue the global destruction of Christianity and its adherents. Sadly, throughout much of Syria and Iraq, they have largely already accomplished these ends.

Islamic extremists cannot be permitted to advance their ideology of hatred and violence. Rather, it is incumbent on the administration to recognize its Constitutional responsibility to prevent it. That means acknowledging the reality that the nation must be secured and immigration policies substantially strengthened. The country owes no apologies or accommodations. The nation, rather, owes its citizens policies based on a recognition that the threat of Islamic extremism is real, present tense and grave.

Rev. Father Emmanuel Lemelson is a Greek Orthodox priest and is the founder and president of The Lantern Foundation, a non-profit organization dedicated to provide financial support to religious and community service organizations.