How Argentina Tried to Build a Nazi Jet Fighter 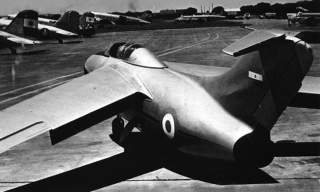