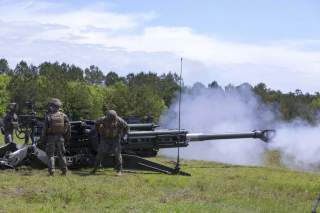 Kim Jong-un sees nuclear capability as almost his sole source of regime security and he is not going to give it up, no matter how strong the pressure. He is not stupid. All he has to do is to look at the history of Iraq and Libya, where neither dictator had nuclear weapons. So if the United States insists on denuclearization of the peninsula, presumably that would require regime change, and regime change is unlikely without the use of force. War in the area would be hugely destabilizing and potentially disastrous. No one in their right mind should want that.

China is right to urge negotiations, but what is to be negotiated? Kim is not going to negotiate away his own security by giving up his nuclear capability. But if China exerts sufficient pressure, he might agree to stop testing.

When asked recently about the possibility of recognizing North Korea as a nuclear weapons state in order to begin negotiations, the head of the Comprehensive Nuclear-Test-Ban Treaty Organisation (CTBTO), Lassina Zerbo, pointed to the problems that it would raise with the Non-Proliferation Treaty. But something like the Six Party Talks (SPT) could be resumed, taking the situation as it now is, rather than insisting that North Korea give up its nuclear capability as a prerequisite for convening the talks.

Still, how does everyone save face on such a road to renewed negotiations?

One possibility might be for China to privately convince the United States that Pyongyang simply will not give up its nuclear capability but is potentially willing to stop testing. Beijing could also convince North Korea that it should temporarily stop testing and request reconvening the SPT.

It would be important to do this all behind closed doors. If both sides agree, then the public news would be that North Korea has stopped testing and is asking for negotiations. Trump could then say, ‘Look what we have forced them to do’, while Kim could say, ‘Look, the terrified US has agreed to our insistence on negotiations’. The public would then draw a great sigh of relief that war had been avoided.

Why would this approach be in the interests of North Korea, the United States and China?

For Kim Jong-un, provoking a war would be suicidal. While no pressure would convince him to give up his nuclear capability, the Chinese could probably convince him to agree to stop testing at least temporarily. Kim must also realise that, for the United States, a war now would be better than a war later as North Korea’s nuclear capability is very likely to increase over time.

As has been suggested, if the United States has indeed developed a cyber capability to destroy North Korean missiles during tests, then continued testing by Kim risks additional test failures, which do not contribute to his domestic political authority. So why not just agree to negotiations and stop testing?

Trump’s position is that previous US policies toward North Korea have failed, so he must produce something new. If North Korea calls for negotiations and stop testing, Trump could describe that event as the successful result of the new US policy, and he could identify China’s role in encouraging Pyongyang’s change as Beijing responding to Washington’s insistence that China do more.

One thing that the United States should not do is to try to intercept and destroy North Korean missiles during the testing phase using its problematic missile defence capability. These tests, at least so far, have not endangered any allies. If the US attempts to shoot them down then there is a good chance that they would miss, and a missed effort would make Trump look weak — something he obviously wants to avoid.

China has an opportunity here to demonstrate to the world that it is a major player on key global security issues and that it can help to bring together potential adversaries to discuss and negotiate their differences, rather than to fight wars. Following on from Xi Jinping’s speech at Davos, China could claim that mediating the crisis in Korea was an example of China’s role as ‘one of the rising great powers of the world’, fully prepared and capable of playing a responsible role in world affairs.

Xi could also point out that China’s mediation commitment was clear evidence of his willingness to work with Trump in a cooperative way on the most important problems of the day.

Caught between a rock and a hard place, Washington, Pyongyang and Beijing have a lot more to lose than just face if tensions continue to escalate on the Korean Peninsula.

Peter Van Ness is Visiting Fellow in the Department of International Relations, The Australian National University.