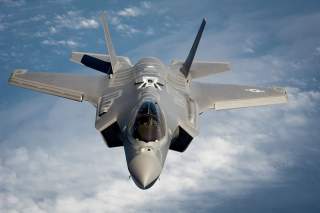 Both China and Russia appear to be building unmanned aerial vehicles designed to negate America’s advantages in stealth aircraft.

As Jeffrey Lin and P.W. Singer wrote back in May:

“[The Divine Eagle’s] long range anti-stealth capabilities can be used against both aircraft, like the B-2 bomber, and warships such as the DDG-1000 destroyer. Using the Divine Eagle as a picket, the Chinese air force could quickly intercept stealthy enemy aircraft, missiles and ships well before they come in range of the Mainland. Flying high, the Divine Eagle could also detect anti-ship missile trucks and air defenses on land, in preparation for offensive Chinese action.”

Russia appears to be designing a similar system, according to Flight Global.

While at the MAKS show in Moscow this week, Flight Global spoke with Vladimir Mikheev, the first deputy chief executive officer of the electronic systems producer KRET, about a new UAV being shown at the show, which KRET is a subcontractor on. During the interview, Mikheev said the new (thus far, unnamed UAV) is similar to China’s Divine Eagle in that it uses low frequency radars to detect low-observable stealth aircraft like the F-35, F-22 and B-2 bomber. Most stealth aircraft are created to evade high-frequency radar systems.

The Russian UAV goes a step further by integrating a sophisticated electronic warfare suite onto the aircraft. According to Flight Global, “Mikheev says KRET is providing a deeply-integrated electronic warfare system that not only provides a protective electromagnetic sphere around the aircraft to counter air-to-air missiles, but also cloaks it from radars.” Thus, if true, Russia’s new UAV would be able to detect America’s stealth aircraft without itself being detected. That could be a deadly combination.

Some in the U.S. military are already planning for a day in which stealth becomes mostly obsolete. As The National Interest previously noted, when discussing what America’s sixth generation fighter jet might look like back in February, Chief of Naval Operations Adm. Jonathan Greenert said that stealth may be overrated.

“You can only go so fast, and you know that stealth may be overrated.... Let's face it, if something moves fast through the air, disrupts molecules and puts out heat—I don't care how cool the engine can be, it's going to be detectable. You get my point."

It was not the first time that Greenert had questioned the long-term viability of stealth technology. In a 2012 paper, for instance, he said that better computing power would ultimately greatly undermine the value of stealth.

"Those developments do not herald the end of stealth, but they do show the limits of stealth design in getting platforms close enough to use short-range weapons," Greenert wrote at the time, according to the Navy Times.

"It is time to consider shifting our focus from platforms that rely solely on stealth to also include concepts for operating farther from adversaries using standoff weapons and unmanned systems — or employing electronic-warfare payloads to confuse or jam threat sensors rather than trying to hide from them."

Dave Majumdar has also observed on The National Interest that, “Russia and China are already working on new networked air defenses coupled with new radars operating in the UHF and VHF-bands that threaten to neutralize America’s massive investment in fifth-generation fighters. Fighter-sized stealth aircraft are only optimized to perform against high-frequency fire control band radars operating in the Ku, X, C and portions of the S-band.”

Not everyone completely agrees, however. For example, in response to Greenert’s comments about the stealth capabilities of America’s future 6th Generation fighter, Gen. Hawk Carlisle, the head of Air Combat Command, said that stealth will continue to be "hugely important."

“Stealth is wonderful, but you have to have more than stealth," Carlisle said, according to the Air Force Times. "You have to have fusion, you have to have different capabilities across the spectrum. It will be incredibly important. It won't be the only key attribute, and it isn't today."